QAGOMA PRESENTS PICASSO AND MORE IN 2018 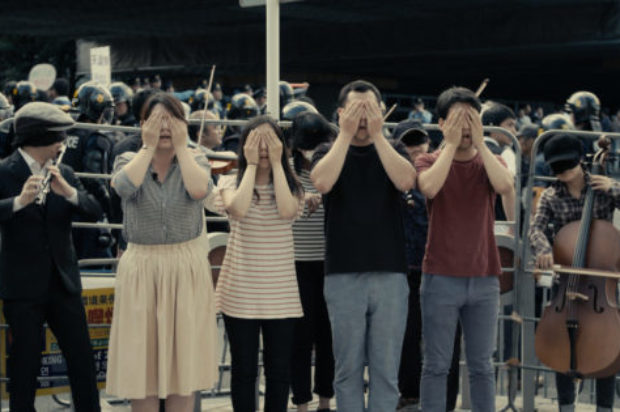 QAGOMA Director Chris Saines CNZM said the Gallery welcomed a record 1.73 million visitors in 2016-17, the largest annual attendance in its history, and was forging ahead with another busy year profiling the work of leading international and Australian artists and culminating in APT9, the ninth chapter of the Gallery’s flagship Asia Pacific Triennial of Contemporary Art series.

‘As with previous Triennials, APT9 will be expansive in its scope and geographic reach and it will be presented across both QAG and GOMA. It will include significant projects from Australia, China, Hawaii, India, Iran, Japan, Korea, New Zealand, Pakistan, The Philippines, Turkey, PNG and other parts of the Asia Pacific, with works by more than 80 senior, mid-career and emerging artists,’ Mr Saines said.

‘For the first time it will include a project co-commissioned by QAGOMA and Singapore Art Museum, and major works developed in partnership with Tjibaou Cultural Centre, New Caledonia and Dhaka Arts Centre, Bangladesh.

‘APT9 will have a strong representation of Australian artists and among the many highlights will be two major projects undertaken with PNG artists – The Bougainville Women’s Wealth Project, which extends to the Solomon Islands, developed with Sana Balai, independent curator and active member of the Pacific Islander community in Australia and the Pacific, and the newly developed Marshall Islands Project.

‘As we announce the 2018 program we look forward to strong attendances all through summer, with the two major exhibitions focused on senior contemporary artists Gerhard Richter and Yayoi Kusama at GOMA, and the return of Kusama’s much-loved, interactive installation The obliteration room at the Children’s Art Centre,’ he said.

‘Gerhard Richter: The Life of Images’ is showing until 4 February 2018 and ‘Yayoi Kusama: Life is the Heart of a Rainbow’ is on until 11 February 2018.

From 2 December 2017 to 15 April 2018, ‘Picasso: The Vollard Suite’, a National Gallery of Australia Exhibition is on at QAG. This unique exhibition focuses on the rare complete set of a hundred etchings and engravings created by Picasso in the 1930s and named after art dealer and publisher Ambroise Vollard. The works explore themes much favoured by Picasso including the artist and his model. QAGOMA have selected classical and contemporary sculptures from the Gallery’s collection to accompany the Suite.

‘Patricia Piccinini: Curious Affection’ opens from 24 March to 5 August 2018. Exclusive to GOMA, this will be the Australian artist’s most ambitious project to date and includes major new commissions contextualised with works from the past 15 years. It will occupy GOMA’s entire ground floor as well as a dedicated Children’s Art Centre space, where an interactive project Piccinini has developed for children will draw young audiences into an immersive environment filled with soft sculptural creatures.

An exhibition chronicling the development of Indigenous Australian artist Tony Albert opens at QAG from 2 June to 7 October 2018.

Mr Saines said ‘Tony Albert: Visible’ would feature works from 2002 to the present, including the artist’s epic appropriations and re-appropriations of kitsch ‘Aboriginalia’, text-based installations and the award-winning photographic series ‘Brothers’.

‘Tony Albert is one of the most exciting Australian artists working today. His work interrogates representations of Aboriginal people through a mix of humour and poignancy, while tackling issues of race and representation head-on. He won the Fleurieu Art Prize in 2016, and in 2014 he secured both the Basil Sellers Art Prize and the prestigious Telstra National Aboriginal & Torres Strait Islander Art Award.’

‘‘Tony Albert: Visible’ continues the Gallery’s commitment to presenting major exhibitions of contemporary Indigenous art. It will be a showcase of an early to mid-career artist in his prime. Albert’s large-scale project for children and families will also be presented at the Children’s Art Centre, GOMA, from 19 May to 23 September 2018,’ he said.

From 9 December 2017 to 22 April 2018 the Children’s Art Centre presents ‘Me, Myselfie and I’, an exhibition focused on multiple representations of self, featuring works from the international, Asia and Pacific, and Australian collections, as well as hands-on and multimedia artist projects. Following the presentation of projects by Patricia Piccinini and Tony Albert, the Children’s Art Centre will open APT9 Kids from 15 September 2018 to 28 April 2019.

In 2018 the Gallery’s Australian Cinémathèque will present major film programs complementing exhibitions ‘Patricia Piccinini: Curious Affection’ and ‘APT9’ alongside stand-alone film programs ‘All the Worlds Memories’ from 5 January to 24 February, ‘Exotic Hollywood’ from 4 to 28 February, ‘Two Minutes to Midnight’ from 2 to 18 March and ‘Rainer Werner Fassbinder’ from 1 June to 4 July.

In 2018 QAGOMA will tour ‘A World View: The Tim Fairfax Gift’, an exhibition celebrating a decade of international artworks acquired through the support of a single generous benefactor, Tim Fairfax AC. It will tour from 16 December 2017 to 19 May 2019 to venues including Gladstone, Cairns, Gold Coast, Townsville, Gympie and Toowoomba.

For more information on these and other QAGOMA programs visit www.qagoma.qld.gov.au