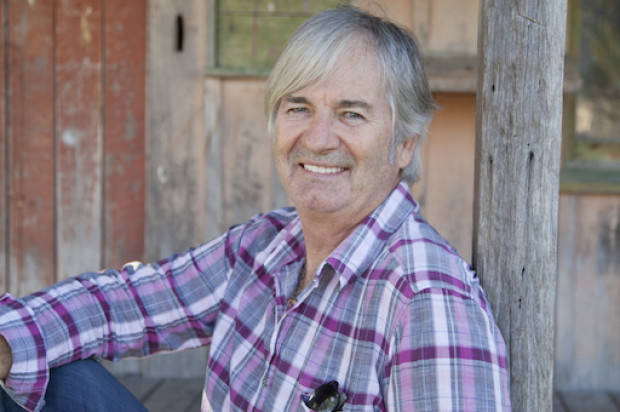 Qld Film TV Events shall be presenting the second event at our new venue EAST BROADBEACH on June 30th 2015. Our very special guest and to have insight to his new film STALKHER International Actor JOHN JARRATT who is the (Producer, Director & Lead Character of ‘Jack’. Appearing in more than 40 feature films, and dozens of television shows and mini-series, his credits include: WOLF CREEK 1 & 2, DJANGO UNCHAINED, 100 BLOODY ACRES, SHIVER, NEEDLE, BAD BEHAVIOUR, AUSTRALIA, ROGUE, MCLEOD’S DAUGHTERS, BLUE HEELERS, FIELDS OF FIRE and many more. John fell in love with STALKHER from the get-go. In his words; ‘It instantly made me think, “this is MISERY meets WHO’S AFRAID OF VIRGINIA WOOLF?”, laden with twists and turns that kept me on the edge of my seat’. STALKHER is John’s feature film directorial debut.

Also on the guest list is KRIS MARIC (Writer/Producer) of Stalkher Kris has worked throughout Australia and the UK as a producer, production accountant, financial controller, and finance manager for various entertainment entities in the arenas of music, theatre, TV, and film. Her portfolio of work spans companies such as Queensland Theatre Company, Inspired Movies, Shed Productions, Winnah Films, Coote/Hayes, Village Roadshow, Revolution Studios, Blue Star Pictures, Columbia Tristar Pictures, Foresight Films and Warner Bros. She has also worked in the music industry for Clear Channel Entertainment/Live Nation UK on major festival events and concerts in the UK that have included international artists such as Red Hot Chili Peppers, Metallica and Pavarotti. We have Kris and John both on stage to go through the who journey of the making of Gold Coast feature film and get a exclusive look at behind the scenes. I can assure you that Kris is one dynamo women who has amazing skills and also is currently producing Chris Sun latest film BOAR.

Added guest on the night we shall have talk from Actor Steve Nation who had major experience in many fields over his years and has been acting since 1990 appeared in over 150 TV commercials worldwide Including a Super Bowl Commercial and commercials for clients such as Budweiser, MacDonalds, Listerene, Holden, Subaru, and most recently Bungee Jumping for Gold Lotto to name a few. He was a International Model for 10 years represented by Ford Models NY. Ralph Lauren Polo Jeans Company in house Model NY for 7.5 years. Appeared in Movies with Jean Claude Van Damme, Jackie Chan and Jet Lee. Has had staring roles in TV such as Medivac, Sea Patrol and most recently played the white haired , tattooed Robert Nutley in Old School Starring Brian Brown and Sam Neil. Currently playing Ezra Hanley on Neighbours and will appear in season 2 of Love Child. He has now also in the last year Produced, Wrote, Directed and Starred in “A Turbulent Affair“. This is a real treat for all actors that are looking for tips that Steve can share on what has been a great career for him and we get a look at his trailer on the night of his new production.

More to be announced but we can assure you that the evening will be a must for all industry folks but also for general public that are keen to get insight to the film business world and mix and meet the local industry.

On arrival there will be socials gallery photos to be taken and canapés to be served and cash bar open from 6.30pm and for stage events to commence at 7.45pm. To be on the announcements make sure you go like our pages in

There will be raffle door prizes from our sponsors on the night and a hoot of fun at one of the best night venue in Gold Coast East Broadbeach.