Cinderella QPAC theatre in brisbane by Caroline Russo | on January 30, 2019 | 0 comments | in Theatre | Like it 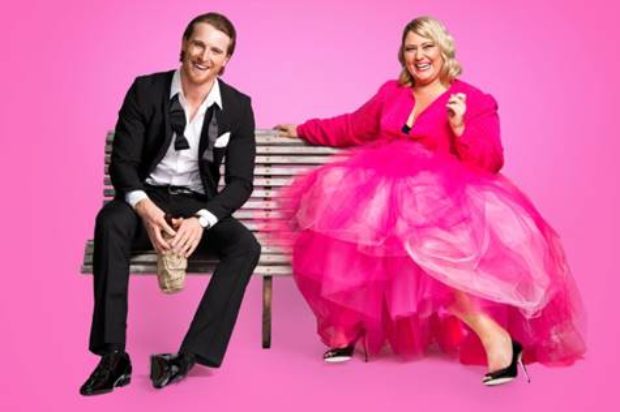 This April, Queensland Performing Arts Centre (QPAC) is bringing audiences Cinderella (but not as they know it) in an exciting first production from new theatre collective MYTHS MADE HERE.

This thoroughly modern retelling of Cinderella, filled with glittering magic and awkward affection, invites audiences to experience a funny first date like no other in the Cremorne Theatre at QPAC from 26 April to 5 May 2019.

There’s midnight, there’s a shoe and there’s a beautiful transformation, but this Cinderella is not about princes and princesses. This Cinderella is about a single woman trying to go on a half-decent date, and a single guy who has an unreasonable fear of not being heard over loud music in bars.

Starring celebrated Queensland performers Amy Ingram (I Want To Know What Love Is, COSI) and Thomas Larkin (Death Of A Salesman, True West) and directed by Daniel Evans (I’ve Been Meaning To Ask You, Oedipus Doesn’t Live Here Anymore) the play follows Ashley, a single woman in her late 30s, as she flees from a blind date to find herself with Ash, a slightly reclusive fellow who has found her missing shoe.

Written by award-winning Australian playwright, actor and filmmaker Matthew Whittet (Girl Asleep, School Dance) with original concept by Anthea Williams for Belvoir Theatre in 2014, Cinderella is a funny and poignant romantic comedy for anyone that is or has been in the dating game, and is sick of swiping left.

For its Queensland premiere, this beautiful ode to love forged offline and in person is receiving the royal Brisbane treatment from a team of talented theatre-makers behind acclaimed productions including I’ve Been Meaning To Ask You and I Want To Know What Love Is (The Good Room, Brisbane Festival 2018, 2016), True West (Brisbane Powerhouse, 2016) and many more.

Director Daniel Evans and MYTHS MADE HERE Co-Director said like the original, this Cinderella is a story about how ugly people can be and how love can be found in the strangest places.

“Myths have been told for generations, the one about the prince with the missing shoe is one of the most universally known. Matthew Whittet and Anthea Williams have spun a beautiful fairy tale for adults about love, loss and fantastical transformation,” said Mr Evans.

“The entire story takes place over one night – on an accidental blind date – as two nervous singles careen towards a looming midnight curfew. There’ll be laughs. There might be a few tears. And there will definitely be dancing.

“MYTHS MADE HERE seeks to present good stories that say something about the world at large, about what it’s like to be right here, right now. This is a play for all die-hard romantics – single or spoken-for – who have ever found their love-life has left them feeling grimmer than Grimm.”
Chief Executive John Kotzas said QPAC is passionate about enabling storytelling with local creatives and artists.

“Continually supporting local artists and creatives, hearing new voices and presenting new stories on our stages is a significant part of what we enable at QPAC,” said Mr Kotzas.

“Creative talent is overflowing in Queensland – it’s an exciting time for our audiences.”

With lighting design by Jason Glenwright (A Christmas Carol, Bukal, The Longest Minute), set and costumes by Chloe Greaves (Barbara and the Camp Dogs, Lucid) and composition and sound design by Dane Alexander (DeepBlue Orchestra, I Just Came To Say Goodbye, The Hamlet Apocalypse, A Doll’s House) audiences can expect a slick, quality presentation.

Don’t miss out on securing seats for this thought-provoking, reimagined take on Cinderella at QPAC 26 April to 5 May in the Cremorne Theatre. Suitable for ages 15 and over.