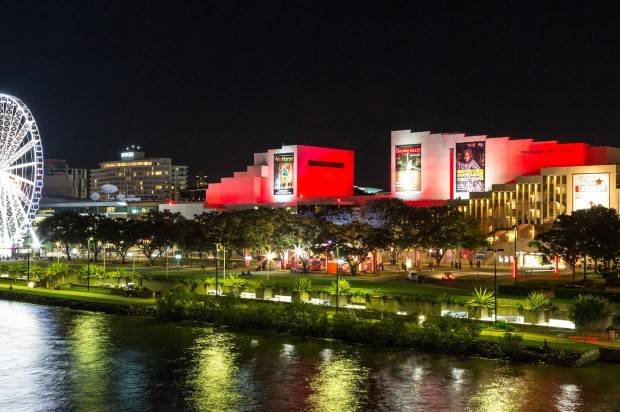 For the fourth year in a row the Queensland Performing Arts Centre (QPAC) has exceeded 1 million visitors, with a record attendance of 1.4 million across this last financial year (June 2014 to June 2015).

“QPAC has welcomed more than 20 million visitors to around 26,000 performances in its three decades, and more highlights are in store with QPAC as a host venue for Brisbane Festival in September and Cameron Mackintosh’s acclaimed new production of Les Misérables in November,” she said.

QPAC Chief Executive, Mr John Kotzas attributed the continued success of the Centre to the public’s appetite for the arts.

“This last financial year’s record attendances have proven to us again that the community enjoys coming to QPAC and the Centre is programming works across the year that appeal to all Queenslanders.

“Shows like The Lion King, the Centre’s exclusive season of the American Ballet Theatre and our longest running annual, sell out concert Spirit of Christmas all show that Queenslanders feel they belong here at QPAC”, said Mr Kotzas.

At the half year mark of the Centre’s 30th anniversary year, QPAC’s Chief Executive believes the importance of continued success is about always looking forward and remaining connected to the precinct, locally and with regional communities, state wide.

“QPAC is in a unique position here in Brisbane, included in a vibrant Cultural Precinct where all of the state’s major cultural institutions are right next door to one another, providing us with a real opportunity to invite Queenslanders to enjoy the precinct as a whole, looking to the Performing Arts Centre in particular as a place of meaning and storytelling.

“It is important for us as a Centre that the meaning making and storytelling continues out into the regions. Our regional simulcasts have reached a collective audience of more than 20,000 people, and in coming years this is something we are hoping will increase and ensure there are ample opportunities for those living in regional Queensland to enjoy what QPAC has to offer”, Mr Kotzas continued.

“As a Centre it is imperative for us to continue to widen our community connection, which will be a real focus for QPAC in the future. We pride ourselves on our program of free events, our major inclusive festivals, Out of the Box and Clancestry, A Celebration of Country and our yet to be launched membership program.

“Our membership program which will be launched later this year will invite those who enjoy QPAC and the arts to feel even more connected to the Centre. Allowing us to offer a service that thanks Queenslanders for their continued participation in and love for the arts,” concluded Mr Kotzas.