chinese film gold coast film festial qpow supanova by Caroline Russo | on March 11, 2014 | 0 comments | in Whats the Buzz | Like it 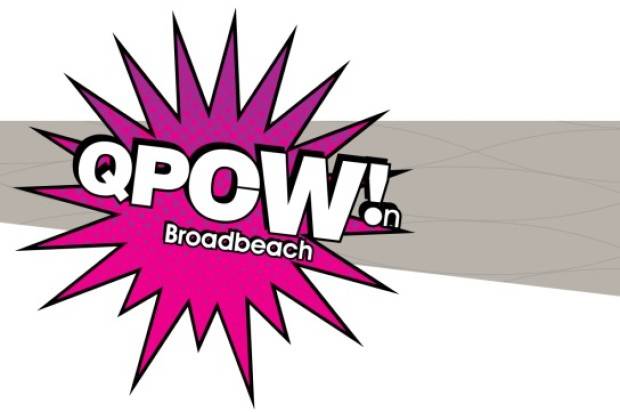 QPOW! on Broadbeach
The 2014 sequel playing out at venues across the Gold Coast

Launched in 2013 to great fanfare, QPOW! on Broadbeach, in its sophomore year, is a working collaboration between Broadbeach Alliance, Supanova Pop Culture Expo and the Gold Coast Film Festival (GCFF). It will officially kick off with the rolling out of the red carpet at the GCFF opening night on 3 April.

Jan McCormick, CEO of Broadbeach Alliance is excited that the streets, parks and venues will come alive with QPOW! on Broadbeach for a second year and confirms a commitment until 2020 to stage the umbrella event.

“Combining the incredibly strong Supanova Expo with the Gold Coast Film Festival is a perfect mix and the growth and potential for a Pop Culture Festival in the Broadbeach precinct is phenomenal. Plans are under way to incorporate more elements in 2015 and beyond which combined will create a major tourism event for the city,” Mrs McCormick says.

Major highlights of the 2014 QPOW! on Broadbeach program include:

The Supanova Cosplay Parade, a definite highlight of last year’s QPOW! not only for the participants but also the thousands of locals who lined the streets to marvel at the incredible cosplayers on display. This year the parade will be led by PETER MAYHEW, ‘Chewbacca’ in the mighty Star Wars franchise and featuring the 501st Legion Star Wars Garrison. It will take place on Sunday 6 April commencing at 9.00am from Pratten Park in Broadbeach and roll out to the Convention Centre.

“We are so very excited to yet again be working with our Gold Coast based partners in building what’s going to be very quickly internationally recognised as a ‘must not miss’ pop culture destination. Supanova is already a wonderful event, the best of its type in Australia since 2002, but as part of QPOW we’re hitting ‘11’ on the dial,” said Supanova Event Director, Daniel Zachariou.

The Gold Coast Film Festival (GCFF) presented by Pacific Fair Shopping Centre will be screening pop culture films with some very special guests from 3 April – 13 April showcasing films that will entertain, inspire and delight fanboys and fangirls of all ages.

“Highlights of this year’s festival include the British comedy Convenience starring Supanova guests, Ray Panthaki who shall be giving a Q&A after the screening plus the documentary feature I Know that Voice, a collection of the world’s leading voice actors giving insight into their crafts with John DiMaggio also giving a special Q&A following the film,” said GCFF Director, Kylie Pascoe.

The GCFF will also host the first screening on the Gold Coast of one of the biggest films in the global box office at present, the Chinese film, The Monkey King 3D, an epic prequel to the classic 1970s television program Monkey Magic.