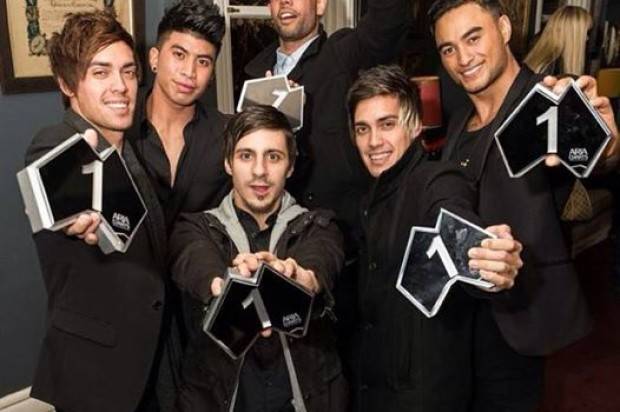 Sony Music Entertainment Australia is excited to confirm that JUSTICE CREW has made history with‘QUE SERA’ spending nine weeks at number one on the ARIA Singles Chart. The single debuted at number one on May 10th and has remained Australia’s favourite track for nine consecutive weeks.

This record breaking achievement means that ‘QUE SERA’ is now the longest running Australian artist single at number one since the inception of the ARIA Charts in 1983.

Denis Handlin AM, Chairman & CEO Australia & New Zealand and President, Asia, Sony Music Entertainment, on the achievement: “We are absolutely delighted with this extraordinary achievement for Justice Crew. Together with all the Sony Music family, I am extremely proud of the Crew who have worked so tirelessly over the years to entertain the Australian public with their hit songs and performances. This is such a special moment in Australian Artists music history.”

Justice Crew will be heading to the US next week to shoot a new video for ‘QUE SERA’ and spend the next few months promoting the single internationally.

Justice Crew has recently released an acoustic version of ‘QUE SERA’ as well as a Mind Electric Remix, both of which are available to purchase digitally now. The video has now accumulated over 1.5 million views – check it out here www.smarturl.it/QueSeraVideo.