Camerata nancy wake QPAC Queensland Chamber Orchestra The White Mouse by Caroline Russo | on October 17, 2017 | 0 comments | in Theatre | Like it 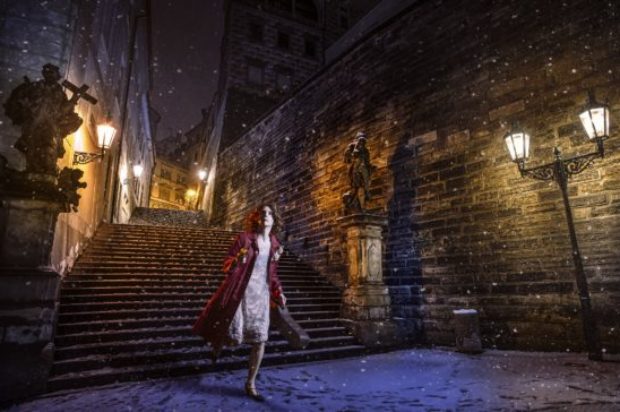 Camerata – Queensland’s Chamber Orchestra promises to deliver their trademark energy as it takes to QPAC’s Concert Hall in its highly anticipated season finale on Sunday 3 December.

Camerata brings to life the feisty Nancy Wake (1912-2011) who ran away from her family in Australia at the age of 16, before becoming involved in the French Resistance. Her uncanny ability to move fearlessly and undetected through enemy lines attracted the pseudonym, “the white mouse”, and earned her the notoriety of eventually topping the Gestapo’s most wanted list.

The White Mouse is the next music-theatre biography in a series written and performed by Tama Matheson.

Veronica Neave will feature in the title role, intertwining the story of an incredible Australian woman with music that is breathtaking, gripping and beautiful.

I hate wars and violence, but if they come I don’t see why we women should just wave our men a proud goodbye and then knit them balaclavas. -NANCY WAKE

About Tama Matheson:
Tama studied English at Oxford University, and Drama and History at the University of Queensland. He is currently director of Classic Productions in Brisbane, as well as Artistic Director of the Brisbane Shakespeare Festival. He has directed productions across Australia and internationally including Richard III (Brisbane Shakespeare Festival), The Force of Destiny (Opera Australia; SOSA); Falstaff (Oper Graz, Austria); The Love of the Nightingale (Opera Australia); and Amadeus (Classic Productions). His production of Amadeus won “Best Production” at Brisbane’s Matilda Awards in 2013. As an actor he has performed in Heartbeat (YTV), Eastenders (BBC), and appears regularly on Australian stages for Queensland Theatre and many others. This will be Tama’s fourth collaboration with Camerata.

About Veronica Neave:
Veronica graduated from the University of Southern Queensland with a Bachelor’s degree in Performing Arts majoring in Theatre. Over the last 27 years she has worked extensively as an Actor, Dramaturge, Writer, Director and Physical Performer for major theatre and dance companies throughout Australia including Queensland Theatre, Sydney Theatre Company, Melbourne Theatre Company, Force Majeure, Shaun Parker, and Black Swan. Productions have won numerous Helpmann Awards, Australian Dance Awards, with Veronica awarded a Matilda Award and the inaugural John Harris Critics Award for her contribution to theatre. Veronica co-produced and wrote the ABC documentary Pieces Of Me and is a published author with a book of the same title. Veronica last appeared with Camerata in Bright Stars Shone For Us.

About Camerata:
Founded in 1987 by acclaimed string educator Elizabeth Morgan AM, Camerata has gone on to amass a reputation for innovation and adventurous programming and firmly established itself as a chamber orchestra of national significance with an outstanding track record of artistic achievement.

Camerata performs a variety of styles of music in traditional and non-traditional spaces throughout the state and delivers workshops, school talks and concerts to support the education of young string players.