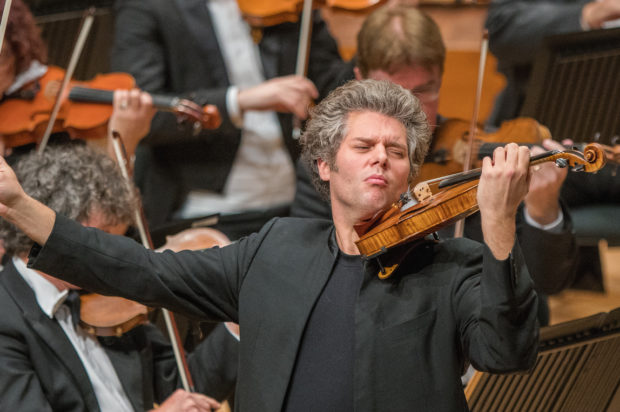 The final gala performance for 2017 for the Queensland Symphony Orchestra (QSO) was held at the Concert Hall at QPAC on Friday 17 and Saturday 18 November.

The Brahms Violin Concerto is the final show piece in the QSO’s 70th anniversary year which has been one of its biggest years of music making as a result of the work of acclaimed Music Director Alondra de la Parra.

The New York born Mexican maestro is the first female principal conductor of an Australian Symphony Orchestra and decided on Dutilleux’s Metaboles to showcase the immense talent of the entire orchestra.

Drawcard Maxim Vengerov was no longer able to perform due to a close family member’s serious illness. However, engaging Hungarian violinist Barnabas Kelemen was able to step in to perform the Brahms.

His energy and enthusiasm was evident in his encore performance of Sarabande from J.S Bachs Partita in D Minor.

Audiences will be delighted to learn that he will back on stage with the QSO in 2018 as a soloist in Mozart’s Violin Concerto No 4.

During the performance, the audience was transported to another world where the violin was a snarling animal one minute and a heavenly angel the next. The power of the performance was amplified by the inclusion of the national choir Australian Voices.

A stellar list of performances has been announced for 2018 Maestro Series with 10 shows commencing in February.