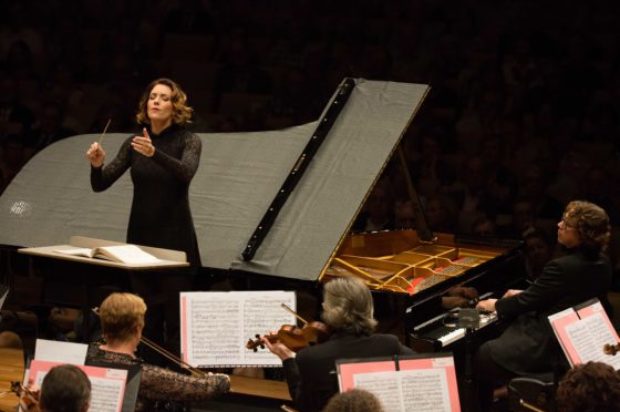 Queensland Symphony Orchestra unveils an extraordinary Season 2018: a journey of contrasts and adventure

The acclaimed Queensland Symphony Orchestra today unveiled an extraordinary Season 2018, the second under celebrated Music Director Alondra de la Parra and one which promises a year of contrasts starring some of the world’s leading soloists and conductors. 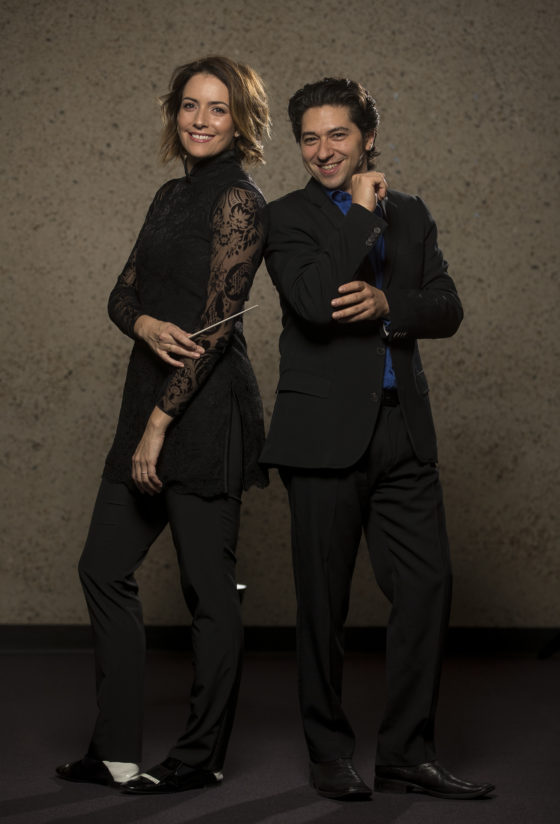 Music Director Alondra de la Parra said that over the course of 2018, Queensland Symphony Orchestra would present music that moves; from challenging pieces, to sound that is new, and music that is much loved.

“Season 2018 will see the Orchestra present music that defies the norm – monumental symphonies, insightful portraits, brilliant showpieces, slippery harmonies, rhythmical journeys, conversational flurries, medieval pageantry, elegant showcases of piano power, daring collaborations, grand Herculean experiences, holy grails, heart starters and hits. From the big orchestra sounds to pieces where every musician is a soloist, the musical calendar promises above all, a journey through emotion, where audiences can really let themselves go,” she said.

In a stunning coup for the Orchestra and Queensland, the 2018 Artist-in-Residence is none other than one of the most thought-provoking pianists of his generation, and the pianist who just two weeks ago brought the Concert Hall to its feet multiple times – Sergio Tiempo. Internationally renowned for his raw energy and musical versatility, Sergio Tiempo will take on the Ginastera Piano Concerto in April and then in August – and for the first time in his career – he will perform Rachmaninov’s Piano Concerto No1, as well as featuring in Morning Masterworks and Chamber Players concerts.

The season is rounded out with a full program across Morning Masterworks, Chamber Players, Music on Sundays, the Choral Series and four Special Events. Maestra Alondra de la Parra will lead from the podium, taking up the baton for 12 concerts in 2018, including four from the Maestro Series.

The season will also see two world premieres performed – Elena Kats-Chernin’s Piano Concerto No.3 on September 6 and Efrain Oscher’s lively and inventive Double Bass Concerto on 25 October, as well as three special events including Mahler’s Symphony No.3 on 24 November, Bernstein at 100 concert celebrations on 25 August 25 and (Not) The Last Night of the Proms on 9 August, all under the baton of Alondra de la Parra.

Maestra de la Parra continued, “we will welcome 23-year-old American violinist Chad Hoopes who will perform the Barber Concerto on his beloved 1713 Antonio Stradivari Cooper with the Orchestra. What a joy to have him here with us, a superbly talented young artist who is set to reframe the future of music,” she said.

“Three members of the revered Berlin Philharmonic will join us this year. Stanley Dodds will conduct the Orchestra on Saturday 12 May, former Concertmaster Guy Braunstein will lead Maestro 5 on Saturday 9 June featuring Wagner, Prokofiev and Richard Strauss, and we are absolutely delighted to welcome back the much-loved Edicson Ruiz to perform a new Double Bass Concerto in October.”

On 25 August, the Orchestra will celebrate the 100th birthday of the legendary, composer-conductor Leonard Bernstein with a special concert event featuring the wonderful German-born Swiss pianist Andreas Haefliger together with The Australian Voices, Brisbane Chorale and Voices of Birralee under the baton of de la Parra.

“A composer very dear to my heart, Bernstein created music that spoke to people across all ages and cultures; and on his actual birthday, the entire world will also celebrate his legacy. It will be a moment in musical history, and we hope you will join us.”

“Queensland Symphony Orchestra is transforming into an orchestra for the 21st century – an orchestra that’s relevant, that connects with all people, across all geographies, cultures, backgrounds and ages, and an orchestra that the world wants to listen to. We are excited to present Season 2018 and on behalf of every single orchestra and company member, we invite everyone to listen, and to let themselves go in the music,” he said.

“Queensland Symphony Orchestra is the state’s largest performing arts organisation. What’s extraordinary is it creates and delivers unique musical experiences across this huge state. Highly trained professional musicians – at home in any great concert hall on the planet – travel to all corners of Queensland to connect with Queenslanders, to ensure all Queenslanders can experience the power of live music. There are not many other orchestras in the world that deliver on taking their music to their people,” he said.

“Not only that, this Orchestra is committed to cracking stereotypes wide open. No longer does the Orchestra only play classical music; in Season 2018 our Queensland Symphony Orchestra will perform music from across the spectrum and from across the globe. It’s the music that matters.”

Queensland Symphony Orchestra Music Director is proudly supported by Tim Fairfax AC.
The Artist-in-Residence program is supported by the Trevor & Judith St Baker Family Foundation and The University of Queensland.