QUEENSLAND THEATRE COMPANY KICKS OFF WITH BLACK IS THE NEW WHITE

arts in brisbane black and white QLD THEATRE COMPANY whats on brisbane by Caroline Russo | on January 10, 2018 | 0 comments | in Theatre | Like it 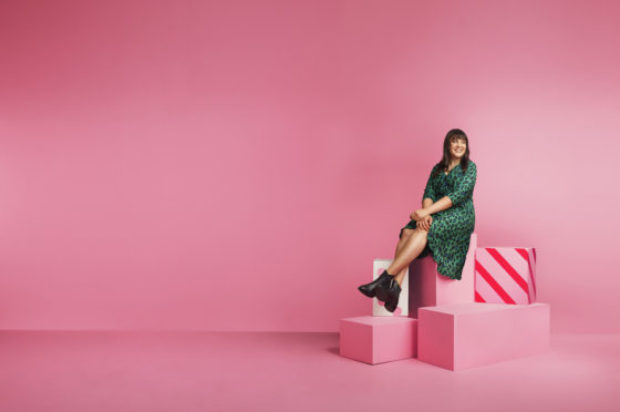 Queensland Theatre will open what is a refreshingly diverse 2018 season on February 1 with the star-studded razor-sharp rom-com Black is the New White, by one of the country’s hottest artist-commentators Nakkiah Lui.

An astute and questioning social comedy on identity, politics and family that blends Guess Who’s Coming to Dinner? with Meet the Fockers, Black is the New White sold out its world premiere season at Sydney Theatre Company in 2017 – a triumph for Queensland Theatre’s Associate Artistic Director Paige Rattray, writer Nakkiah Lui and designer Renée Mulder. Now it’s coming to Brisbane.

“Nakkiah Lui (Kill the Messenger and Blaque Showgirls playwright, co-writer and star of Black Comedy), brings both joy and gravitas, entertainment and insight to our opening production for 2018,” said Queensland Theatre Artistic Director Sam Strong. “Nakkiah made a spectacular directorial debut with Queensland Theatre in September last year with the acclaimed An Octoroon, and we are thrilled to have her return with such a stellar cast and her standout hit, Black is the New White.”

“Black is the New White is also a triumph for director Paige Rattray. Having closed 2017 with the intense blockbuster Scenes from a Marriage, she opens 2018 with a hilarious hit rom-com. 2017 was a record breaking year for Queensland Theatre and 2018 is shaping up as even more outstanding.”

Black is the New White is the story of a family Christmas. A smart and successful young Aboriginal lawyer, Charlotte Gibson, brings her surprise fiancé, Francis Smith – unemployed, white, experimental classical composer – and his family home to meet her parents. What could go wrong?

Charlotte is the favourite daughter of Australia’s most charismatic Aboriginal politician, and Francis is the son of his dour and stridently conservative rival. It’s been mutual hatred for decades, sparked by an infamous shoe-throwing incident on the floor of parliament. As the two bitterly entrenched families collide in the Gibson’s glitzy holiday mansion over an Aussie Christmas dinner, the long-standing feud comes to a head. Cue a sharp-witted and riotously funny struggle for dominance where barbed insults fly, secrets come flooding out and hypocrisies of all kinds – race, gender, religion, status – are mercilessly skewered.

“I wanted to create a play that could explore race and politics and modern Australia in a way that was quite warm and joyous, and celebrated family. I want it to be genuine in its emotions – while also being quite critical of ideas of aspiration and success, and how we embody our oppressors in some ways,” said Lui.

Director Paige Rattray said audiences could expect to experience a range of feelings and thoughts, often conflicting ones as they watch the on-stage debacle. “Uniting two families can be quite complex, and this play explores all facets in the complexity of bringing two families together with differing values, opinions and history. Audiences can also expect powerhouse performances from our actors, they’re all theatrical beasts and have worked together before with this play – it’s going to be a wild ride,” she said.

TONY BRIGGS
Tony Briggs won the 2005 Helpmann Award for Best Play and Best New Australian Work, the 2012 AWGIE Awards for Most Outstanding Script and Best Feature Film Adaptation, and the 2012 AACTA Award for Best Adaptation of The Sapphires. He was 2013 NAIDOC Artist of the Year and the 2012 Jimmy Little Award winner. He is perhaps best known for his work on The Sapphires – his mother Laurel Robinson was a member of the group, whose story he told, as co-writer of the screenplay, in the 2012 movie. He has acted on screen in Seven Types of Ambiguity, The Slap, The Broken Shore, Cleverman, Nowhere Boys, Ready for This and Redfern Now, and on stage with Sydney Theatre Company, Melbourne Theatre Company, Black Swan and more. This is his debut with Queensland Theatre.

LUKE CARROLL
Award-nominee, Sydney-based actor Luke Carroll returns to the Queensland Theatre stage after three years, previously performing in Queensland Theatre shows, Black Diggers (2014) and Mother Courage and her Children (2013). Luke has been seen in Channel Seven’s Home & Away and ABC’s Redfern Now and as a presenter on Playschool.

VANESSA DOWNING
Vanessa Downing has featured in Home & Away, All Saints, Packed to the Rafters and Headland and is a regular with Sydney Theatre Company and Ensemble Theatre while previously starring in the co-production of Bell Shakespeare and Queensland Theatre’s Faustus (2011).

GEOFF MORRELL
A true master of the stage and screen Geoff Morrell has worked with the country’s leading theatre companies starring in Australia Day, Rabbit, The Madras House, Big & Little, A Cheery Soul, Life After George, A Month in the Country, Pentecost, Away, Time and the Room, Racing Demon, The Revenger’s Tragedy, Blood Relations, The Seagull. On screen he has featured in Heaven’s Burning, Oscar and Lucinda, Looking for Alibrandi, Ned Kelly, Deep Water, The Code, Top of the Lake, Winners & Losers, Home & Away, Cloudstreet, Rake, Small Time Gangster, Packed to the Rafters, Sea Patrol, Blue Murder, Murder Call, Grass Roots, My Husband My Killer, Changi, The Secret Life of Us, Farscape, Marking Time, Stingers, Blue Heelers, All Saints, Curtin, Bastard Boys, The Falls, Miss Fisher’s Murder Mysteries and more. In 2000 he won the AFI Award for Best Actor in a Leading Role (TV Drama) for Grass Roots.

MELODIE REYNOLDS DIARRA
Melodie Reynolds-Diarra is a Wongutha, Nadju woman from Western Australia. She attended the Western Australian Academy of Performing Arts (WAAPA), graduating in 1996. Making her acting debut at the age of 16, Melodie has been commended for her theatre resume, performing for Ibbikerri Theatre Company, Melbourne Theatre Company and at the Sydney Opera House. After staring in the 2017 production of An Octoroon, Melodie returns to Queensland Theatre bringing with her 25 years of stage experience to Black is the New White.

SHARI SEBBENS
Darwin born Shari Sebbens returns to Queensland Theatre after starring in 2017’s critically acclaimed An Octoroon. The National Institute of Dramatic Art (NIDA) graduate and Logie award-winning actor has featured in television and film including The Sapphires alongside Jessica Mauboy, and ABC’s Redfern Now.

TOM STOKES
A graduate of the Western Australian Academy of Performing Arts (WAAPA) Tom has joined the cast Black is the New White in 2018. He featured in the 2012 film, The Railway Man and appeared in Channel Seven’s Australia: The Story of Us (2014) and is famed for his ability to perform with many accents.

MIRANDA TAPSELL
The most recent addition to the cast, Miranda Tapsell, is well-known for her 2015 Logie’s acceptance speech (Most Outstanding Newcomer and Best New Talent), in which she called for more diversity and inclusiveness on Australia’s incredibly whitewashed TV screens. With many stage and screen roles under her belt, she is best known for playing Cynthia in the film The Sapphires and Martha in the TV series Love Child.

ANTHONY TAUFA
After completing studies of Bachelor of Arts at La Trobe University and the National Institute of Dramatic Art (NIDA), Sydney-based Anthony Taufa has had a successful stage career performing regularly with Sydney Theatre Company, NIDA co-productions and Darlinghurst Theatre Company. He returns to Queensland after the success of the 2017 production An Octoroon.