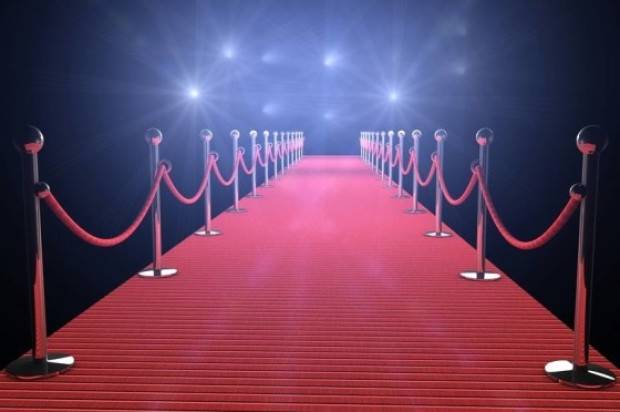 Queensland Theatre Company’s new Artistic Director Sam Strong is wasting no time in propelling the company onto the national and international stage in announcing the groundbreaking National Artistic Team.

The Australian-first program will see 10 leading artists work with Strong in dissolving borders to create an exchange between the best of Queensland and the best of the rest of the country.

Featuring an extraordinary lineup of artists from a deliberately eclectic mix of disciplines including actors, writers, directors, designers, dramaturgs, devisors, programmers and provocateurs, the QTC’s National Artistic Team includes: the next Chief in line of a Torres Strait Island; the director of the smash hit feature film The Sapphires; a leading New York literary director who now calls Australia home; the curator responsible for one of the most fertile periods of independent theatre in recent years; three great Brisbane artists who have been carving out careers interstate; one of the most important next generation voices on race and identity in Australia; and artists who between them have decades worth of commitment to the Brisbane scene. They are Jimi Bani, Wayne Blair, Margi Brown Ash, Marcel Dorney, Christie Evangelisto, Kat Henry, Nakkiah Lui, Annette Madden, Renée Mulder and Lucas Stibbard.

“We are throwing open the doors of QTC and involving more artists than ever before in key leadership positions in the company. This is sending a message about our commitment to lead from Brisbane and do things differently,” said Strong.

“This is a unique leadership team comprising 60% women, 30% Aboriginal and Torres Strait Islander artists and 70% Queenslanders. They are the eyes and ears paying genuine attention to artists and their work in various cities throughout Australia, and overseas. They are the brains and hearts thinking about what Australian theatre needs, and sharing their intense passion for its magic.”

Strong will unveil his first Season (2017) this coming September, with all members of the National Artistic Team present.

“The National Artistic Team is a living, working example of the key principles of the new regime at QTC: combining great local and interstate talent as a means of nurturing both; bringing Queenslanders back to their home State; continuing the Company’s commitment to Indigenous voices (and embracing the next generation of those voices), and providing a first home for the brightest new talent from around the country.

“Especially important is the idea of thinking more expansively about theatre in Australia. I think it is fair to say that Australian theatre has occasionally been too pre-occupied with State borders, inter- and intra- city rivalries, and owning talent rather than collaborating to develop it. I want to change that.”

“In a few weeks we will throw open the doors of the Company to see the work of hundreds of actors. But, for the first time, we will do this together with our Brisbane colleagues La Boite, sharing resources, time, Artistic Directors and the challenge of developing careers.”

He said creating career pathways for artists was another key area of focus for the new National Artistic Team.

“A core part of the National Artistic Team’s role is to create opportunities for others and do more to look after people at all stages of their careers. While they are a form of inner sanctum, part of being in that inner sanctum is devising ways to make QTC as inclusive as it can be for artists and audiences.

“Leading the nation in the creation of career pathways for artists is also a means of addressing, concretely and from the ground up, the vital question of the diversity of voices on our stages. Every theatre company wants to narrow the gap between the people inside theatres and the people on the street outside. How that is achieved is the rub. QTC led the industry with the groundbreaking Reconciliation Action Plan developed by my predecessor Wesley Enoch and Executive Director Sue Donnelly. We want to build on that work and extend it.”

“This year we have National Artistic Team members in Far North Queensland, Brisbane, Sydney, Melbourne and wherever else they might happen to find themselves – and …. we are paying attention. So if you are making a show anywhere in Australia, let us know.”

Jimi Bani – Torres Strait Islander performer and writer living in far North Queensland and working around the country and the world. Won acclaim for his performance as Eddie Mabo in the famous ABC TV series, and this year will perform at Belvoir in Sydney and the Barbican in London.
Wayne Blair – actor, director and writer of stage and screen originally from Rockhampton. Director of the smash hit feature film The Sapphires and Redfern Now.
Margi Brown Ash – Brisbane theatremaker and educator with a special interest in Artist Pathways. She has nurtured countless generations of Queensland artists and arts workers.
Marcel Dorney – Brisbane writer, director and dramaturg now living in Melbourne and a previous winner of the Queensland Premier’s Drama Award. Creator of award-winning work around the country with Elbow Room.
Christie Evangelisto – former Literary Director at Signature Theatre in New York and director of Musical Theatre/Resident Dramaturg at Playwright’s Horizons. A world class dramaturg now living in Sydney.
Kat Henry – one of Australia’s next generation directors and the former resident director at MKA New Writing Theatre in Melbourne and Alumni of MTC Women Director’s program.
Nakkiah Lui – writer, performer and cultural commentator, Nakkiah penned Kill the Messenger and This Heaven at Belvoir. Also writer and performer for ABC’s Black Comedy.
Annette Madden – curator, programmer and producer, former director of BSharp at Belvoir and executive producer of the Perth International Arts Festival.
Renée Mulder – one of the country’s leading theatre designers, and former resident designer at STC, returning to her hometown Brisbane.
Lucas Stibbard – actor and director known for his innovative body of work with the Escapists. A long-time contributor to Brisbane’s cultural landscape, he is currently undertaking his inaugural Masters of Cultural Leadership and is on stage in MTC’s production of North by Northwest.