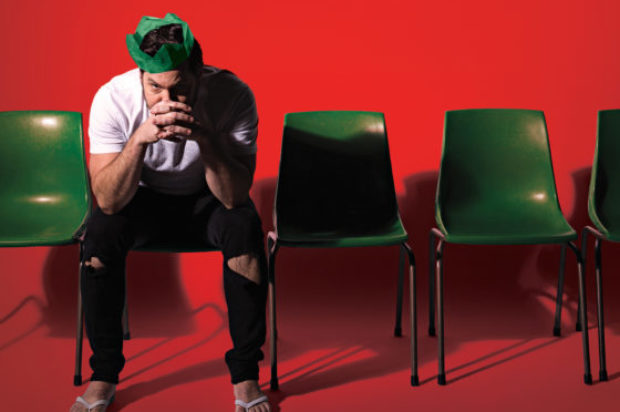 From one of Australia’s great playwrights, and the former Artistic Director of Queensland Theatre Michael Gow, comes Once in Royal David’s City, a story that is epic and intimate at once, tumbling from the fifties to the present, from West Berlin to Byron Bay, from brief encounters to the cycles of history. It is about mothers and sons, lost innocence and facing mortality; about faith, rage and the brilliant possibilities of life and art.

Making his eagerly anticipated directorial debut with Queensland Theatre with this wonderful new Australian story is the new Artistic Director, Sam Strong. Most recently, Sam directed a sold-out production of Jasper Jones for the Melbourne Theatre Company, gaining a five star review in The Age and six Green Room Award nominations, including Best Director and Best Production. Once in Royal David’s City is the fourth production in Sam’s inaugural season for the company, which has broken season ticket and single ticket records.

And completing the triple punch for Once in Royal David’s City is an exceptional ensemble cast led by acclaimed Brisbane force of the stage Jason Klarwein (Macbeth), and featuring some of the country’s most experienced actors in Penny Everingham and Kaye Stevenson, Adam Booth, Toni Scanlan, Adam Sollis and Steve Turner.

Put simply, the play deals with the death of a loved one. It is intriguing, moving, and ultimately life affirming theatre. “Michael’s writing tackles challenging material, dealing with the unenviable task of saying goodbye. What’s fantastic is that he is unafraid to dive into the profound existential crises that arise at such moments – daring to ask the biggest questions around what gives our lives meaning and how we recover from loss,” said Sam Strong.

“If this sounds like heavy going, it isn’t. Once in Royal David’s City is as entertaining as it is affecting or thought-provoking. Michael has a uniquely gentle sense of humour and a compassion that shines through. He creates characters of such warmth and complexity that we cannot help but recognize ourselves in this deeply personal story. On top of all this, he is a writer with a wicked sense of invention. Once in Royal David’s City plays with our understanding of what it is to tell a story in the theatre in a way that forces us to pay attention as well as delights us.”

A palpable sense of history already surrounds the production. Once in Royal David’s City is the most recent play by one of Australia’s most treasured writers. It also combines a homecoming for a former Artistic Director of Queensland Theatre Company with the directorial debut of a new Artistic Director. Finally, through its cross generational cast, Once in Royal David’s City introduces audiences in Perth and Brisbane to new talent, as well as welcoming back actors who are much-loved by both companies and have worked together for decades.

Once in Royal David’s City is a co-production between Queensland Theatre and Black Swan State Theatre Company, another in an exciting collaborative relationship between the two theatre companies which traverses the country. Rehearsals are currently in Brisbane before the show opens in Perth on March 25. It will then return to Brisbane to open on April 22.

The Story: Will is a Theatre director. His father passed away six weeks ago. He wants to give his widowed mother a relaxing and restorative Christmas by the ocean at Byron Bay. But when she arrives at the airport it becomes evident she is ill herself. Spending Christmas by her bedside, Will tries to make sense of his life, questioning the need to think keenly, feel deeply, fight for change, and keep one’s curiosity and faith intact.