RACHEL PLATTEN PREMIERES VIDEO FOR ‘STAND BY YOU’ 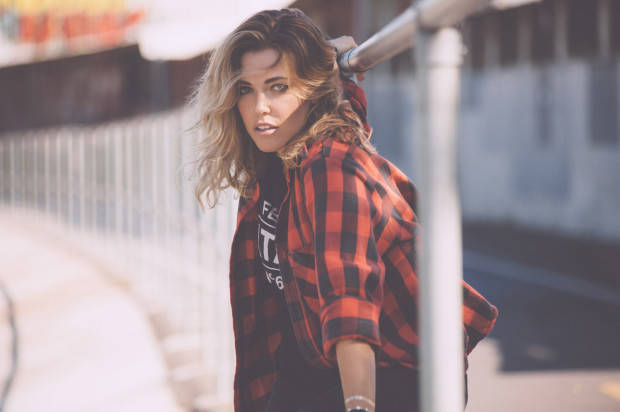 ‘Stand By You’ is proving to be yet another giant hit for Rachel and is available now on iTunes and Spotify. Rachel’s debut album is expected to be released in early 2016 through Columbia Records and Sony Music Entertainment Australia; stay tuned for more details in the coming weeks.

Last week, Rachel was in Australia in support of her current hit single ‘Stand By You’, performing on Network Seven’s The X Factor and Sunrise, as well as featuring in a number of other exciting media moments.

Born and raised in Boston, Rachel Platten has been an independent musician for more than 10 years. While in college, Rachel realized her true calling and passion was music and upon graduation, dropped everything to move to New York City— specifically the musically-rich MacDougal Street in Manhattan’s West Village. There, Rachel met and played with a variety of musicians, from all skill levels and genres, from open mic nights to eventually self-booking and touring the country on her own, sharing stages with The Strokes, Lady Gaga, Matt Nathanson, The Fray, Gavin DeGraw, Regina Spektor and more. In 2011, Rachel landed a Top 20 hit at adult pop radio with her song ‘1,000 Ships’, which became the highest-charting independent release at the format in the last 10 years. Rachel’s songs have been featured on popular television shows and in films including Annie, One Tree Hill, Finding Carter, The Biggest Loser and Pretty Little Liars.
    
www.rachelplatten.com
www.instagram.com/rachelplatten
www.facebook.com/rachelplatten
www.twitter.com/rachelplatten