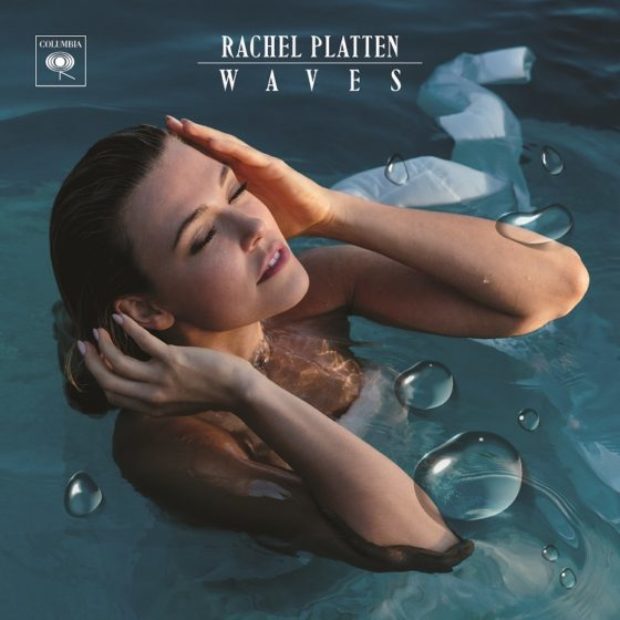 Multi-platinum, award-winning pop star Rachel Platten has released her sophomore album WAVES via Sony Music Entertainment. The 13-track album including feel-good, dance-able tracks such as ‘Broken Glass’ and ‘Perfect For You’ was recorded in Los Angeles and is available everywhere now.

Rachel shares: “I loved making this album, I’ve never felt so free creatively. I wrote all of these songs without getting in the way, and I just let whatever needed to come through me just come. I worked out a lot of heavy stuff on some of the songs and cried on my piano at 3 a.m. some nights, but I also woke up some days and jumped into the ocean and felt amazing and just wanted to write songs I could dance to. This album is raw and it’s emotional, but it’s also fun and sweet and it’s real. It’s honestly just all of me and I am so damn proud of it.”

In celebration of her release, Rachel returned to The Today Show in America and performed on the outdoor stage as part of the Citi Concert Series. Check out her performances of ‘Fight Song’, ‘Perfect For You’, ‘Collide’ and ‘Broken Glass’.

Rachel will embark on an exclusive run of shows in America, sponsored by the woman’s intimates and apparel brand, Aerie, kicking off on November 6 in Boston. Rachel will also perform at intimate venues in New York, Los Angeles, and Chicago.

WAVES follows the success of ‘Fight Song’, a song that touched millions of people around the world with its empowering and resilient message of never giving up. ‘Fight Song’ is certified 3x Platinum and has gone on to sell more than four million downloads worldwide; the single topped countless radio and iTunes charts around the globe before being succeeded by Rachel’s Platinum certified hit, ‘Stand by You’. Rachel’s Gold-certified, major label debut album WILDFIRE was released in 2016. The singer has won several awards, including the 2016 Daytime EMMY Award for Outstanding Musical Performance in a Talk Show/Morning Program for her television debut performance of ‘Fight Song’ on Good Morning America.

Want out find out more? You can at www.rachelplatten.com