grant Goldman media men radio broadcaster VALE by Caroline Russo | on January 18, 2020 | 1 comment | in Daily News and Updates | Like it 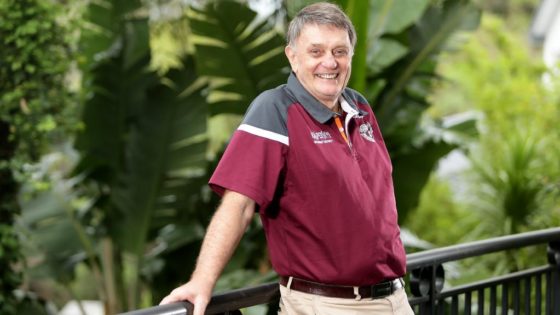 Radio broadcaster Grant Goldman has passed away at 69 years of age.

Breaking news as to broadcaster Goldman lost his long battle with cancer, with the disease having been diagnosed as terminal in 2017.

With an incredible inning in radio and broadcasting in general, getting his start at just 14 years old.

Grant worked with the likes of 2TM, 2DAYFM, 6PR, 2UE, 2GB, 2WS, 3UZ and had two stints at 2SM, and more recently on Breakfast across the Super Radio Network.

Goldman was known as the voice of Brookvale Oval, having been the ground announcer for the Manly Sea Eagles for most seasons since 1983. He stepped down in 2016.

In TV world he was the first voice for music iconic show Countdown, worked for Channel 7, Sky, and the Val Morgan cinema group. He spent time as an announcer during the Sydney Olympics, as well as at other NSW grounds including the SFS, Stadium Australia.

Many Tributes have begun in the media world who knew him well and he was known as one of the nicest and best to work with.