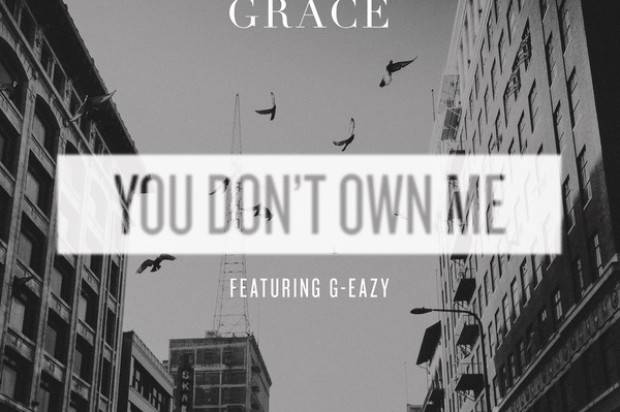 RCA Records’ latest vocal powerhouse, GRACE, has teamed up with G-Eazy and Quincy Jones for a new version of Lesley Gore’s 1963 hit song ‘You Don’t Own Me.’ Considered one of the first female empowerment anthems of the 60’s, GRACEdeliversthesong’soriginalmessagewithavigorthatstillringstruetoday. G-Eazypunctuatesthesongwith timely lyrics that praises female independence. ‘You Don’t Own Me’ is currently available for purchase or streaming through Sony Music Entertainment Australia.

Recorded before Gore’s passing, legendary award winning producer Quincy Jones – the producer of the 1963 version and several other Gore hits – gave his stamp of approval by co-producing this version alongside fast rising hit producer Parker Ighile, who gives the production a hard-hitting 2015 electro hip-hop edge.

GRACE, a seventeen-year-old singer/songwriter, is one of the hottest pop-soul prospects this year. Hailing from Brisbane, Australia with UK roots, GRACE grew up where the sounds of Smokey Robinson to Janis Joplin, and Shirley Bassey to Amy Winehouse, filled her home and fueled her soul. With a strong musical heritage (her grandparents were singers with the Gibb brothers), GRACE developed a raw, throaty, soulful sound whose emotional timbre belies her tender years. GRACE is currently working on her yet-to-be-titled EP, slated for release this spring on RCA Records.