final hours interviews Red Carpet tv and film by Caroline Russo | on August 3, 2014 | 0 comments | in Interviews | Like it 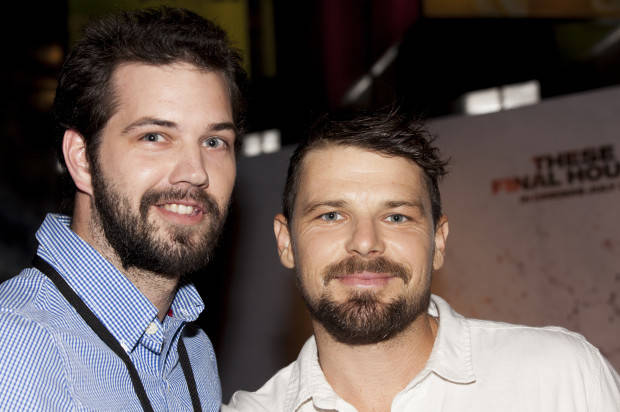 Nathan Scott Phillips is an Australian actor born in Victoria, and is currently based in Los Angeles. He is perhaps best known for his role as backpacker Ben Mitchell in Wolf Creek and for his American film debut, Snakes on a Plane, opposite Samuel L. Jackson.

In 1999, with a role on the popular Australian soap opera Neighbours. His television career was later followed by roles in Child Star: The Shirley Temple Story, Blue Heelers, Something in the Air and The Saddle Club. In 2002, he made his feature film debut with a role in Warriors of Virtue: The Return to Tao and his next role as the lead in Australian Rules earned him a nomination for the Film Critics Circle of Australia’s Best Actor award.

Phillips has since enjoyed a thriving film career, starring in Australian movies such as Take Away, One Perfect Day and Under the Radar. In 2005, hit horror film Wolf Creek introduced him to an international audience, helping to launch his US film career with roles in Snakes on a Plane and Redline. However, Phillips has not abandoned his Australian roots having worked on the small-budget drama West, in Sydney, and more recently, Balibo.

Prior to the Brisbane premiere of ‘These Final Hours’ Hush Hush Biz film critic Peter Gray was fortunate enough to get some brief red carpet time with the film’s lead actor Nathan Phillips. Clearly proud of his latest endeavour, the enthusiastic star shared his thoughts on the film and what he hopes audiences get out of it.

Do you feel that you’re prepared for the end of the world now that you’ve made this? 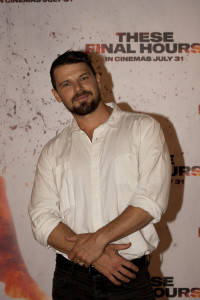 What was it about this film that attracted you to work on it?

It was the subject matter, the script…I think it was quite timely for me coming into my thirties, my manhood, seeing different phases of my career and my life…the script just ticked all the boxes. It’s got action, it’s a real striking blow…and you really walk away feeling something so when I read the script I though this will translate to film hopefully. And I saw Zak’s (Hilditch, the director) short film and (to work with) Angourie (Rice) who’s such a catalyst for my character in the film…to just see the script come to life and put it on to celluloid (I knew) I’d be set. It’s nice to read a script with real characters, with our language…it’s Australian and it’s got that iconic landscape and if you can do something that’ll get people thinking, and asking the big questions…you know a lot of us blokey blokes we don’t really like to get too deep but I think this film will offer everyone the opportunity to have a bit of a yarn about the importance of now and the power of now and appreciating now. Not getting caught up and knowing that the rug could be pulled out from under our feet at any second. It gets a little bit philosophical, you know I find myself getting very existential which I think is good and healthy.

And you worked with young Angourie Rice, who is 11 years old, did you feel you grew up a lot having to protect and mentor her?

Yeah mentoring, covering the eyes when all the boobs and bums were shown, as much as possible obviously, but you know it’s Western Australia so there’s a lot of that, just good weather really (laughs) but it brought out a lot of good things in me (being a parent) but you know we had Cannes and the Melbourne International Film Festival, it’s just been a whirlwind so now I just want Australians to see it and for Australians to hopefully love it. I reckon we’ve got a fair chance. 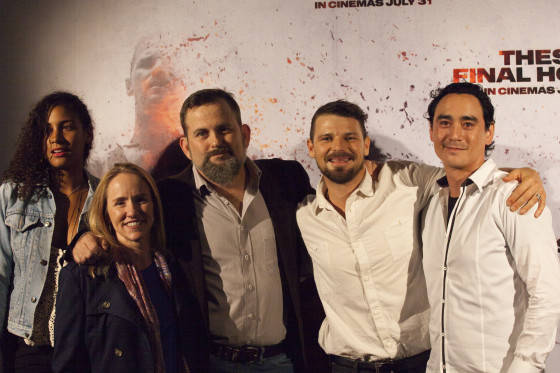 THESE FINAL HOURS is in cinemas across Australia now.