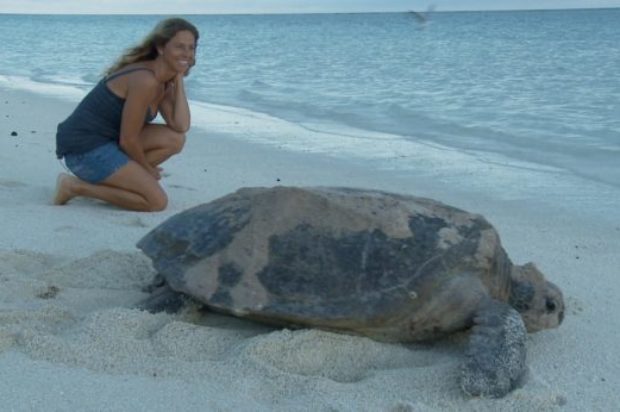 Queenslanders are being encouraged to create a cleaner environment and reduce plastic pollution for World Sea Turtle Day.

Minister for Environment and the Great Barrier Reef Leeanne Enoch said the theme this World Sea Turtle Day to reduce plastic pollution was an important reminder of how changes to our behaviour can help provide a cleaner environment for our species.

“It is more than 50 years since Queensland became the first jurisdiction in the world to protect all turtle species within its borders.

“One of the greatest threats to marine turtles is ingestion of and entanglement in plastic, and the Palaszczuk Government is supporting initiatives to create healthier habitats for our marine animals.

“About 75 per cent of the marine debris collected along the Queensland coastline is made up of plastic materials,” Ms Enoch said.

“Disturbingly, between 30 to 50 per cent of turtles across the world have ingested some kind of plastic.

“Already more than 542 million containers have been returned in the first seven months of the container refund scheme,” Ms Enoch said.

“We know that many of these containers have come from the litter stream, with surveys conducted since the scheme started on 1 November last year already showing up to a 35% reduction in beverage container litter.

“All this is helping to make Queensland a much cleaner place and protecting our precious wildlife.”

Sea World Marine Education Supervisor, Erin Wyatt, said marine debris was proving to be a major issue for the environment.

“At Sea World, we see first-hand the effects marine debris is having on marine wildlife,” Ms Wyatt said.

“Of the injuries we see due to direct human impacts, the majority of birds and turtles come into our care because of entanglement in fishing line or nets, or ingestion of line, lures and hooks.”

World Sea Turtle Day is celebrated globally on 16 June each year, and aims to bring attention to marine turtles, encouraging people to help them survive.

More information about the plastic bag ban and container refund scheme are available on the Queensland Government website.