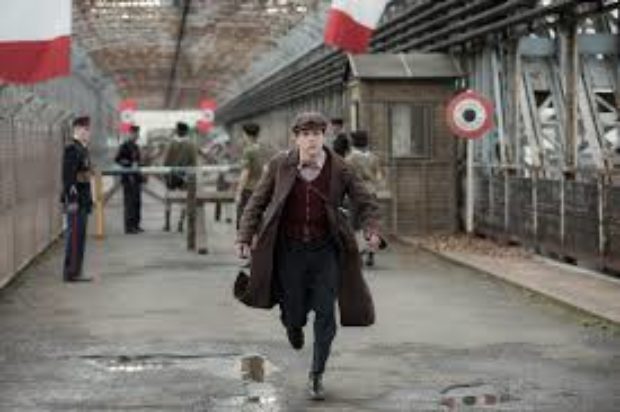 FILM CRITIC ….. RESISTANCE
Before he was the world-famous mime Marcel Marceau, he was Marcel Mangel,
an aspiring Jewish actor who joined the French Resistance to save the
lives of thousands of children orphaned at the hands of the Nazis

Directed and written by Jonathan Jakubowicz the 2020 film Resistance tells the true story of the famed Marcel Marceau. The autobiographical drama is set in the hostility of World War II. The film follows the life of the young and aspiring mime Marcel Marceau, whom through artistic prose and courage saved the lives of thousands of Jewish orphans. Resistance is a film that respects the tragedy of a World War yet honours the remedy that joy can bring.

The casting of Marcel Marceau has actor Jesse Eisenberg who executes his role with finesse. His ability to convey meaning through physical expression and artistic deposition is the epitome of a true actors’ form. The young and upcoming actress Bella Ramsey played the character Elisabeth, whom was an orphaned Jewish girl and gives a great performance.

The role was authentic and heartfelt, adding an element of youth and childhood loss to the film. French actor Clémence Poséy, played the role of Emma in Resistance. In this role she was a resistance fighter and suffered many traumas. Her performance was intense and an undeniable depiction of the reality many victims faced in World War II. Matthias Schweighöfer in the film plays Klaus Barbie, the Nazi agent determined on exterminating the Jews.

This role although forceful and violent lacks the insanity of a Nazi agent. Effectively, this role downplays the severity of the violence inflicted and rather showcases the artistic elements of the story through the character Marcel Marceau. Other starring actors including; Félix Moati, Géza Röhrig, Karl Markovics, Vica Kerekes, Ed Harris, Édgar Ramírez and Alicia von Rittberg create the setting of World War II in a present construction with the ability to retell the stories of those whose lives were oppressed. Yet, the story antagonises the good of humanity through characters such Klaus Barbie and utopianises the saving grace of art in a war-torn region.

Resistance is a film comprised of the many tragedies wars often brings. Yet it is within these tragedies and no loss of hope that the film inspires through Marcel Marceau true story that dreams can be achieved and it is through determination, perseverance and sheer will power that one can accomplish a life goal.