REVIEW: ALL THE MONEY IN THE WORLD

all the money in the world Christopher Plummer Mark Wahlberg Michelle Williams Ridley SCOTT by Caroline Russo | on January 4, 2018 | 0 comments | in Film Release & Reviews | Like it 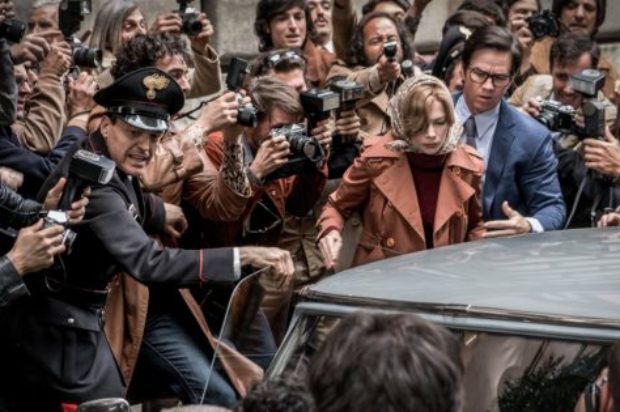 CINEMA RELEASE: ALL THE MONEY IN THE WORLD

If one wasn’t aware of ‘All The Money in the World’’s troubled history, watching the final product you would hardly suspect there was a foot placed wrong. Only months out from its US debut in the late months of 2017, director Ridley Scott faced a heavy dilemma when original star Kevin Spacey became embroiled in a hoard of sexual harassment cases, leaving the film likely to suffer from his public fall-out. Armed with determination to save his vision (and a hefty chunk of change to implement the needed changes) Scott brought Christopher Plummer on board to replace Spacey, re-shooting the necessary scenes and editing them into the film seamlessly, resulting in a lavish production that bares no signs of post-production tinkering.

Less of a crowd-pleaser than his recent Matt Damon vehicle ‘The Martian’, but far more consistent than the likes of ‘Alien: Covenant’ or ‘The Counselor’, ‘All The Money in the World’ is a gripping fact-based drama detailing the infamous kidnapping of John Paul Getty III, grandson to billionaire oil tycoon J.Paul Getty, in 1973. The story is rife with dramatic possibilities, and Scott mostly plays it as was believed to be (the David Scarpa-written script working off the the 1995 John Pearson book ‘Painfully Rich: The Outrageous Fortunes and Misfortunes of the Heirs of J. Paul Getty’), however he can’t resist momentarily Hollywoodising the story with a finale that’s likely to irk purists but entertain the masses.

As investing as the story proves to be, it’s the acting that ultimately anchors the film, with Michelle Williams once again throwing her considerable weight around as one of the finest actresses of her generation with a suitably confident performance as the young Getty’s mother, Gail Harris. A woman who refused to play the Getty handbook by constantly rejecting their lifestyle, Williams injects both a sense of vulnerability and determination into the character as she does all she can to get her son back, in spite of the reluctance Getty (as played by Plummer) displayed in having his grandson returned; the original ransom sum of $17 million was refused by Getty before it dwindled down to $2.9 million, a figure that was only agreed to so he could pay just enough to claim as a tax deduction.

Mark Wahlberg proves he’s a stronger performer outside of the action genre in a neat supporting role as Fletcher Chase, a former CIA operative brought on to advise Gail during the negotiations, and Romain Duris brings a welcome sense of heart to the role of Cinquanta, one of Getty’s abductors who forms a surprising bond with him, but the film really does belong to Plummer – and not just because of the interest surrounding him due to his late-in-the-game casting. Not the small supporting role reports would have you believe, Plummer feels very much like the film’s male lead, utterly dominating every frame he appears in. And no offence to Spacey’s talents as an actor, but it’s difficult to imagine he would’ve been able to match the organic gravitas Plummer is able to bring to his portrayal of Getty, with the far-more seasoned actor doing away with any gimmicks like heavy make-up, simply letting his experience speak for itself.

A picture that impresses due to what it was able to achieve in such a short period of time, and entertains through its flirting around the facts behind one of the most investing stories of last century, ‘All The Money in the World’ is a more-than-commendable production that is likely to earn interest through its notoriety but maintain it due to its superb execution.