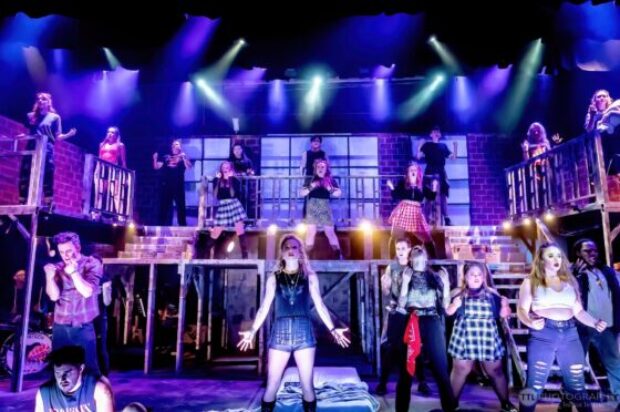 American Idiot, which features the music of punk rock band Green Day and had more than 400 performances on Broadway, is a loud in-your-face burst of young energy, which blasts the senses.

The show, featuring a cast of 24 and a highly charged five-piece band, has hit the historic Gold Coast Little Theatre like one of those US tornados we see on the evening news.
This time around, however, the building wasn’t smashed to the ground, but rather rocked as the capacity audience was swept along with the excitement sparking on stage. 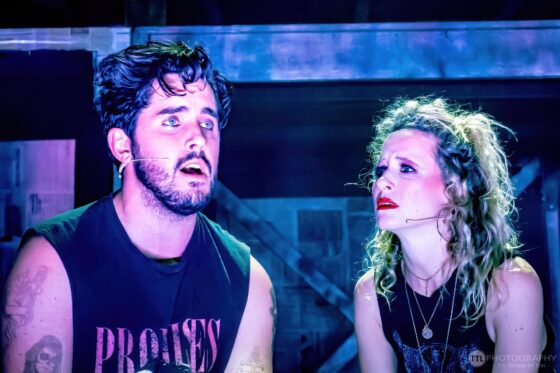 The show, which began life as a concept album in the tradition of The Who’s Tommy, is close to being a rock opera as music trumps the small snatches of linking dialogue.
Green Day fans will be familiar with the song book of nearly 30 titles including Jesus of Suburbia, Boulevard of Broken Dreams, Holiday, Last of the American Girl/She’s a Rebel, Extraordinary Girl, Letterbomb, Wake Me Up When September Comes, We’re Coming Home, encore song Good Riddance and, of course, American Idiot.
The music and hedonistic pitfalls might be fairly contemporary, although Green Day have been around since 1987, but the show’s premise, centered around disconnected and dysfunctional youth, is as old as the concept of the teenager.
The angry central flawed character, Johnny (Todd Jesson), who comes from a broken home, could easily be the spiritual descendant of James Dean in Rebel Without A Cause.
For older theatre goers who believe Johnny and his friends, Tummy (Jack Harbour) and Will (George Pulley), are a world away from their youth might bare in mind that Dean’s movie and another challenging film, The Wild One with Marlon Brando, came out in 1955 and 1953 respectively.
Someone who was 15 back then would be over 80 today.
To flesh out the story, without giving spoilers away, American Idiot basically follows the fortunes of three friends, who tired of a life of boredom and drinking beer on the couch, talk of heading to the big city.
Two of them, Johnny and Tummy, make the journey while the third, Will, decides to stay home when his girlfriend Heather (Chloe Smith) announces she’s pregnant.
Their lives go in three strikingly different directions, although there are common threads such as alcohol and drug abuse, sex and the soul destroying quicksand of dissatisfaction and ultimately despair.
The performances, particularly from the leads Todd Jesson (Johnny), Cat Deller (the drug temptress St Jimmy) and Becky Morgan as Johnny’s big city love interest, Whatshername, are vocally gutsy and the ensemble dancing hypnotic.
All credit to director Stuart Morgan, choreographer Flynn Anderson and the large behind the scenes music talent for keeping the young on-stage tribe bonded.
There were some small technical issues on opening night, but overall the audience was too busy rocking along to big numbers and soaking up the delightful acoustic breaks to much notice or care.
The set was suitably rough and ready, the language and concepts occasionally appropriately vulgar and the mood summed up in the optimistic refine in Good Riddance citing the time of your life.

Despite many of the show’s seemingly down beat twists and turns, American Idiot ultimately offers hope at a time when so much looks so bleak.