action film Dwayne Johnson HERCULES Violence by Caroline Russo | on July 28, 2014 | 0 comments | in Film | Like it 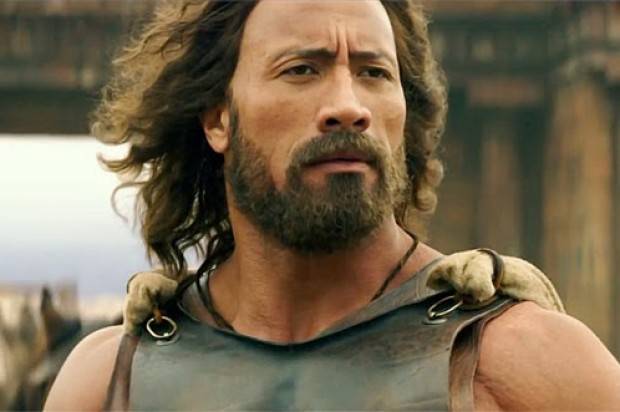 Not to be confused with the other ‘Hercules’ outing released earlier in the year with ‘Twilight’ man-candy Kellan Lutz in the titular role (an unlikely outcome given its blink-and-you’d-miss-it-release around Australia) Brett Ratner’s take on the classic demigod, though much grander in comparison, is relatively light in terms of epic stature but manages to hold its own as a simple action feature surprisingly void of too much cheese. Ratner is a director who never inspires much confidence from the movie-going public (many are still yet to forgive him for ‘X-Men: The Last Stand’) and his attachment to ‘Hercules’ is enough for audiences to proceed with caution but, in all honesty, the man can be a competent director when given acceptable material, and this is perfectly in his range.

Avoiding an overly stylised approach ala ‘300’, Ratner has gone for an old-fashioned sword and sandal vibe as he essentially bypasses a great deal of the mythological backstory to the character (the question of whether or not he is a demigod is essentially unanswered) and presents Hercules (Dwayne Johnson) as a sword-for-hire who, after completing his twelve labours (a series of death-defying voyages to prove his worth), is recruited by Lord Cortys (John Hurt), the King of Thrace, to defend his kingdom from an onslaught of warriors. It’s quite a traditional storyline surprisingly, one that predictably reveals its villains far too late for us to really care and is void of anything too fantastical with any promise of mythical creatures shot down during an opening montage; a blessing in disguise ultimately given the less-than-perfected CGI on some of the other animals featured throughout.

With some impressive cinematography and an old-style musical score, Ratner’s film looks and sounds the part – the 3D on the other hand though is mostly ineffective – but it’s his cast that really bring the whole feature to life. As Hercules’ second-in-command Autolycus, Rufus Sewell is clearly enjoying himself (possibly due to the fact that he isn’t saddled in a villainous role as one would expect) and Ian McShane as the prophetic Amphiaraus is the token scene stealer, effortlessly pulling focus as the oracle who has predicted his own death, only to get it wrong at each relative moment. Rounding out Hercules’ band of merry men are Aksel Hennie, who manages to impress with a largely wordless role as the feral but loyal Tydeus, and Norwegian beauty Ingrid Bolso Berdal as lone female huntress Atalanta, whose striking resemblance to our own Nicole Kidman is both fascinating and frightening. And as for the mighty man himself, Johnson, no longer needing his “The Rock” moniker to be inserted between names, is as charming as to be expected. Though he doesn’t need to do much more than act brave, fight tough, give off a rising speech or two, and go bare chested when need be (his tunic also rides relatively high), he has that certain movie star spark that aids him in carrying a movie on his considerably large shoulders.

Though it’s not as epic as it wants to be, and I still think Johnson is yet to find that one film that he claim as his own starter, ‘Hercules’ is nonetheless an enjoyable romp that’s far more entertaining than it has any right to be. With so many other blockbusters taking themselves too seriously, or resulting in a product that’s overly bloated (‘Transformers: Age of Extinction’ as a prime example), it’s nice to see an action film go for a simpler approach, which only adds to its overall charm.