Review :Quartet Getting in Tune with Past Lives On Centre Stage.
Quartet: Getting in Tune with Past Lives

Ronald Harwood’s Quartet, which has launched the Queensland Theatre Company’s 2016 season at the Playhouse Theatre, is a beguiling little comedy drama with a charming façade.
The four-hander, which had its London West End debut in 1999 and reached a wider audience as a movie in 2012, explores the reality of growing old while coming to terms with the past.
This is one for the Baby Boomers, and a perfect choice for a QTC regional tour, that will undoubtedly have seniors around the State staying out late for a laugh and maybe even a reflective tear for memories of things past.

The story, which focuses on the lives of four ageing opera stars in a retirement home, deals with the harsh universal realities that dog everyone who makes it to the end of the line.

The company’s new artistic director, Sam Strong, revealed at the lavish after party, at the Brisbane Entertainment and Convention Centre, that the work was recommended by veteran actor, director and theatre educator Carol Burns.
The much loved theatre veteran, who died in December at the age of 68, was a true champion of both the company and the wider theatre cause in Brisbane and indeed Australia.

Therefore it was appropriate that Strong announced that the production was dedicated to the memory of this remarkable lady.
Quartet, which is set in the English countryside, opens with musical veterans Cecily (Christine Amor), Wilfred (Trevor Stuart) and Reggie (Andrew McFarlane) struggling emotionally and physically to pass the time on a typical day in the gardens of their home.
The only bright beacon on their rather empty horizon is the forthcoming annual celebration of the birth date of their musical hero Verdi.
That’s when their musical dry dock – all the inhabitants come from the world of classical music – comes alive with a gala concert to venerate the great man and their own former professional glories.
However, their world is turned upside down with the arrival of newcomer Jean (Kate Wilson) who has links to their past.
The rather pedantic Reggie is particularly disturbed by her appearance as the couple were once married until Jean abandoned him.
Harwood, who is best known for the popular theatrical comedy drama The Dresser, has drawn four wonderfully human and down to earth characters in Cecily, Wilfred, Reggie and Jean. 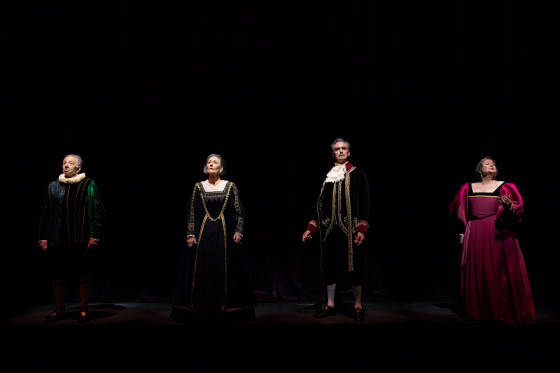 In addition to the fastidious Reggie, there’s the seemingly vulgar Wilfred, the rather ditzy Cecily and the aloof and somewhat mysterious Jean.
The play explores their complex personalities and difficult past as Reggie deals with the shock of Jean’s return to his life. Meanwhile, the three established residents work at encouraging the reluctant Jean to be a part of their quartet.
In addition to the London season at the turn of the millennium, Quartet marked Dustin Hoffman’s debut as a director with the film version starring Maggie Smith, Tom Courtenay, Pauline Collins, Billy Connolly and Michael Gambon in 2012.
The stage version is much different – even down to aspects of the narrative – and QTC director Andrea Moore does a sterling job of weaving the four veteran actors into one cohesive ensemble. 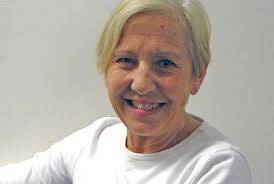 The opening night audience were delighted with the show and I am confident that Carol Burns would approve.
Quartet is well craft, engaging and even charming theatre which will hopeful kick-start the new QTC season with style.