Rick Parfitt rock and roll status quo tribute to music by Caroline Russo | on December 26, 2016 | 0 comments | in Daily News and Updates | Like it 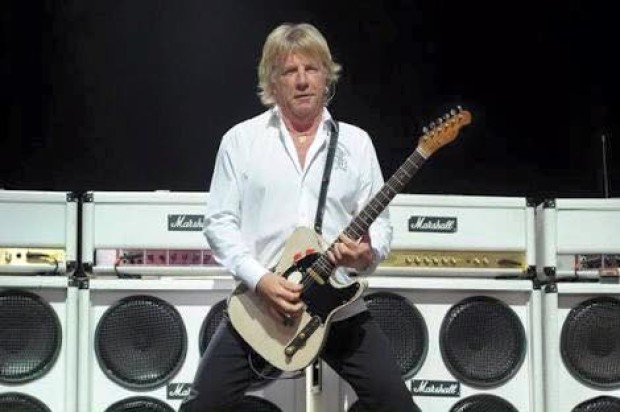 News of Status Quo guitarist Rick Parfitt died in hospital on Saturday after suffering a severe infection, his family said. The veteran rocker, who had survived numerous health scares, was 68.

Parfitt was born in Woking, Surrey on 12 October 1948. His father was an insurance salesman “who was a drinker and a gambler”, and his mother worked in cake shops. He described his upbringing as “wonderful”, and has described his childhood self as a “typical naughty boy”. Parfitt first started to learn to play the guitar at the age of 11.

Rick was admitted in to hospital in south coast of Spain last Thursday in Marbella. Parfitt was reported to have died in hospital at lunchtime on 24 December 2016 from septicaemia, following complications to a shoulder injury, his manager and family said in a statement.

“We are truly devastated to have to announce that Status Quo guitarist Rick Parfitt has passed away,” his family and manager said in a joint statement.

“This tragic news comes at a time when Rick was hugely looking forward to launching a solo career with an album and autobiography planned for 2017 following his departure from Status Quo’s touring activities on medical advice.

“He will be sorely missed by his family, friends, fellow band members, management, crew and his dedicated legion of fans from throughout the world, gained through 50 years of monumental success with Status Quo.”

Parfitt is survived by his wife Lyndsay, their young twins Tommy and Lily and his adult children Rick Junior and Harry.