Australia Zoo FOXTEL Robots Science Screen Queenland Snakes and tigers Wild but True by Caroline Russo | on January 12, 2015 | 0 comments | in TV | Like it 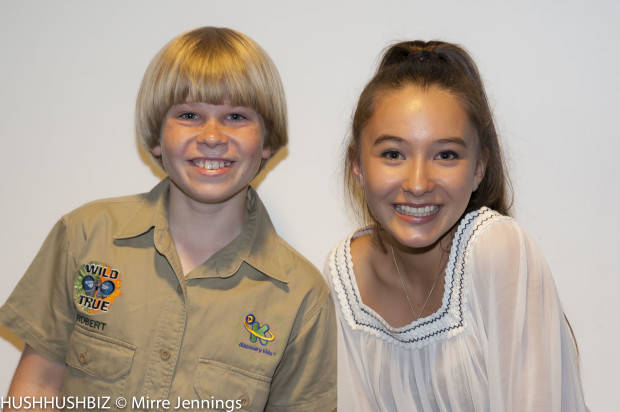 Wild BUT True Great New Kids Show
Robert Irwin now 11 years is about to co host a great new Adventure kids show “Wild But True” with Co Host Isabel Yamazkie.
A preview episode was shown and hosted by Screen Queensland at the Dendy cinema Brisbane where special guests and crew were invited. Presented by series producer Klaus Toft, and Frank Chidiac general manager of Beyond Action were they shared the excitement of making the series which was good timing for filming of this new series. 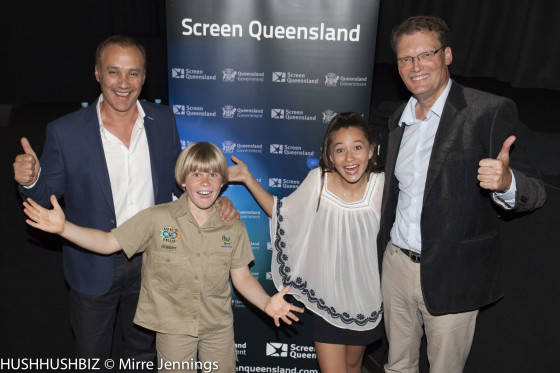 The show will look at the parallels between science and nature which Robert and Isabel research their worlds and come together with Gizmo who is a intelligence source they speak with that gives them the leads and confirms all their ventures and they test run and match up their facts. It has a refreshing appeal and is very clever in how it is all put together and visually great fun in which adults could gain some knowledge in watching the show too. The hosts Irwin and Yamazkie are a perfect match on screen to present this endeavour. It was filmed mainly in Queensland and the Australian Zoo was part of a good lot of filming which made Robert quiet happy as to his backyard to work in. It was announced tonight that there will be a follow up series and you cant help but see that this is a winner show globally. It screens on Foxtell Discovery January 30th 2015. 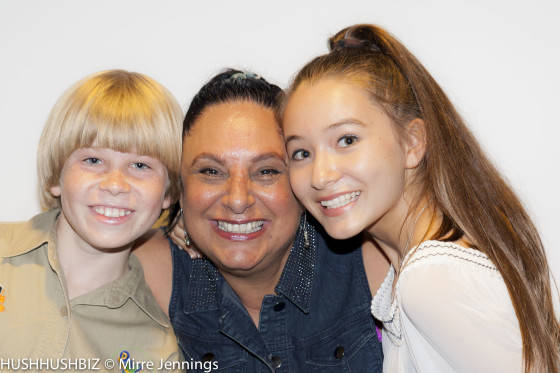