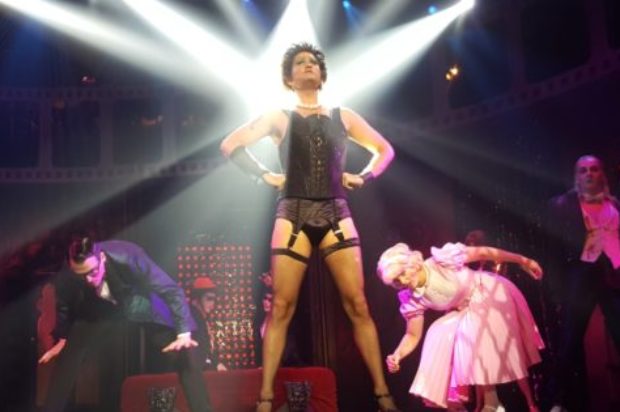 The Rocky horror show is without a doubt one of the best musicals that is world wide success touring, and with that gives the fan base thrills each time as soon as it hits the theatres and they can dress up for the occasion. Last Friday night opening at Qpac yet again gave that satisfaction!

Adam was the star of the night and has the voice and great legs I might add that would make any girl jealous. Adam Rennie come in replacing Craig MacLachlan who is still under allegations, which adds a lot of pressure for him as he was the understudy. He was well received and gave a wonderful performance, and he has now spotlighted and is a overnight star.
On speaking when he did get the part offered to him he had braced himself with going over the role the night before with the aid of friends, and then he had the amazing support with the rest of the cast and production team whom all received a standing ovation at the end of the night.

Having compared it to the last production two years ago I found that this one moved a lot quicker and was very tight in all areas.
With fellow members in the cast roles is Cameron Daddo playing the Narrator, Kristian Lavercombe who astounded audiences in the 2014/15 tour as Riff Raff, musical theatre favourites Amanda Harrison as Magenta, Nadia Komazec as Columbia and Brendan Irving as Rocky. Playing the roles of Brad and Janet, the naïve young couple caught up in a situation they don’t understand, are Rob Mallett and Michelle Smitheram. I was so drawn to Michelle and her vocals are amazing.

There were a few live hacklers having fun in the crowd which were all well received as actor Cameron Daddo was quick to the mark back and with a bit of ab live which can all add to the fun.

The production has a short season and will be next moving to Perth at the Crowne Theatre starting 17 February and then Melbourne from 13 July. It is one of the best musicals that keeps going, and it does prove that the audience just keep coming and this one is definitely one not to miss out fan or not… go on and get the fishnets and jump to the left. 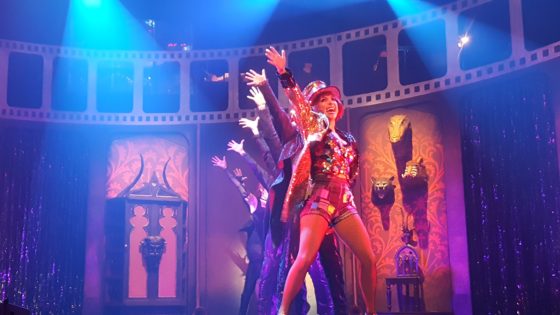 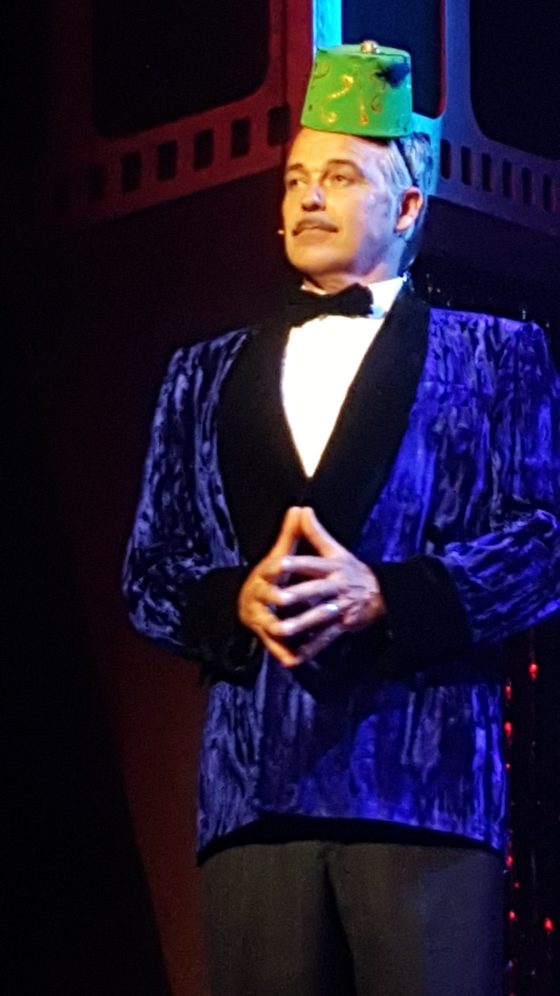