BRISBANE Roger Federer Tennis by Caroline Russo | on January 7, 2015 | 0 comments | in Lifestyle | Like it 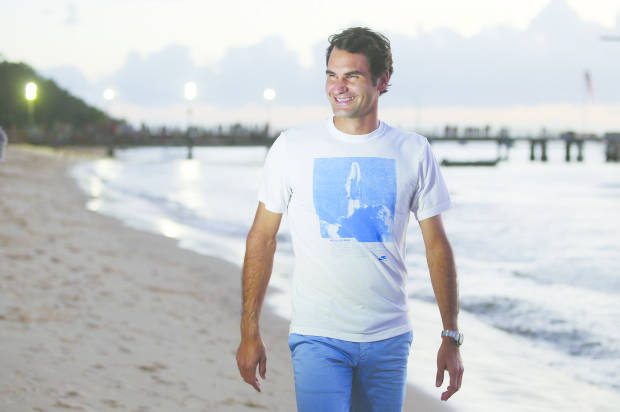 Tennis great Roger Federer returns to Brisbane, Australia to revisit the form and the feeling that led to one of his best years ever.

The world number two and 17 times Grand Slam champion began last season at the Brisbane International and went on to win 73 matches around the world… more than any other ATP player. 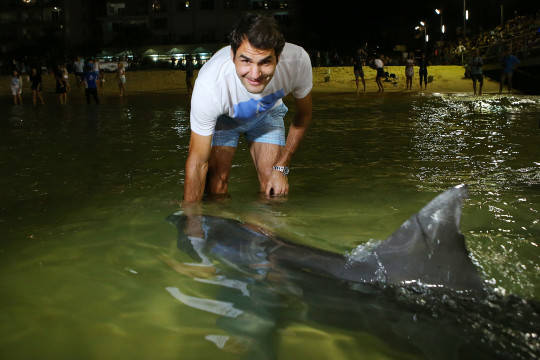 Federer took out five tournaments and was only narrowly beaten at Wimbledon.

Now he’s back to do even better, starting his year for the second time in what he calls the laid back atmosphere of Queensland.

Federer is already relaxing in the Sunshine State, and will feed wild bottlenose dolphins at Tangalooma Island Resort on Moreton Island just off Brisbane.

The hand feeding of the wild dolphins at sunset has been a feature of the resort for over three decades, and an international attraction.

Federer first came to Queensland with his parents 19 years ago and says it is the ideal destination to launch his 2015 campaign.

He’s arriving in top form for the Brisbane International from the 4th to the 11th of January…and would no doubt relish another chance to take on local hero and last year’s winner Lleyton Hewitt.

Federer is top seed for the men’s singles and Maria Sharapova leads the top flight field in the women’s singles.