events in NSW opening nights in Sydney Richard Wilkins Rolling Stones by Caroline Russo | on November 22, 2018 | 0 comments | in Entertainment | Like it 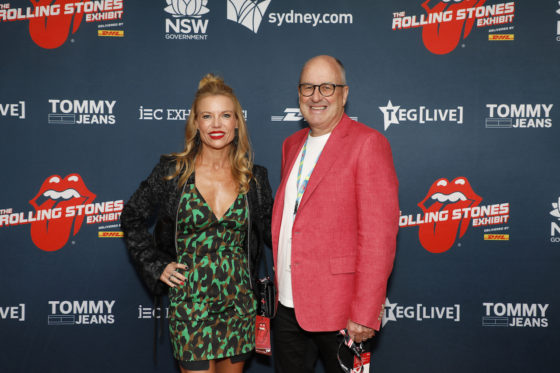 The International Convention Centre Sydney, over 200 VIPs – from Australian music industry luminaries and rock history commentators, through TV and radio personalities, to famous faces of sport and the arts, along with city executives – celebrated in style at the red carpet official opening of EXHIBITIONISM – The Rolling Stones Exhibit.

Having first announced in 2016 that EXHIBITIONISM was coming to the Harbour City, TEG CEO Geoff Jones said: “TEG Live and iEC Exhibitions! would like to thank the NSW Government along with event partners, DHL and Tommy Hilfiger for helping deliver Exhibitionism – The Rolling Stones Exhibit exclusively to Sydney. “We know Sydneysiders and visitors to the City will be blown away by this exhibit and we look forward to welcoming hundreds of thousands of guests through the doors during its only run in the Southern Hemisphere.”

NSW Minister for Tourism and Major Events Adam Marshall said, “Following rave reviews and huge crowds across the globe from London to New York, we’re proud that Sydney is the exclusive host of Exhibitionism here in Australia. It’s a great endorsement for our Harbour City as Australia’s number-one events capital and we estimate it will deliver an estimated $35 million to the NSW visitor economy.” 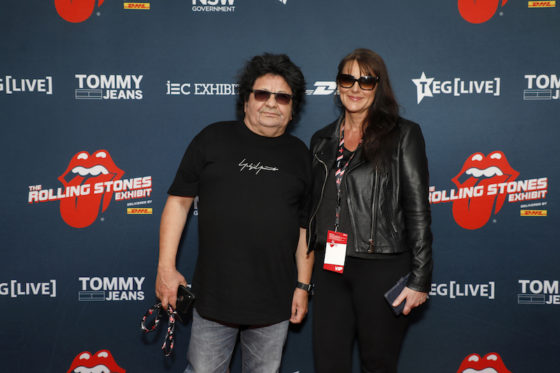