Round Mountain Girls On The Gold Coast

live Music musicians Round Mountain Girls The Arts Centre Gold Coast by Caroline Russo | on August 9, 2016 | 0 comments | in Entertainment | Like it The Arts Centre Gold Coast presents Round Mountain Girls – Live in The Basement!

It’s been nearly a decade since a congregation of 40 something, part time musos got together in a shed on Round Mountain in the most northern part of NSW to play “a bunch old songs for a bit a fun”. Nearly 10 years and hundreds of shows on, and the now predominantly 40- 50 somethings, have played on Australia’s biggest stages at the nation’s biggest festivals including Blues Fest and Tamworth, alongside some of the world’s biggest names, released 3 original albums and for good measure, a covers EP. For a band that got together with absolutely zero expectations other than a weekly jam, they have punched way above their collective weight, but when you see them play live, and witness the energy and joy they bring to an audience, it’s very easy to understand why.

White Rum, their first album was released in 2008 and consisted of 12 extremely diverse tracks that demonstrated a lack of direction that was as refreshing as it was genre-less! – Celtic, country, folk, rock, fast, slow, happy, funny, sad- it kept everyone guessing. Two further original albums followed, One Step Closer (2010) featuring a new drummer, Rex Carter, following Bilsons departure, and Getting There is Only Halfway Back (2013) by which time Hails had also quit the band.

Awards quickly followed – Robinson led the band to 4 Tamworth Golden Fiddle Awards including a Lifetime Achievement Award, whilst Eaton and Brooker’s song writing skills were recognised by the North Coast Entertainment Industry for 4 songs off the two latest albums. Cover Girls (2012), a 4 track EP featuring the most popular covers of the live show, was a very welcome addition to the library for many fans.

Along the way they have sought to collaborate with all sorts and all kinds in an effort to share the RMG love and have never been shy of shaking up the show. Felicity Urquhart, two time Golden Guitar winner shares lead vocals on their new single, The Constant Rhythm; Jack Thompson, Australia’s most beloved actor, played harmonica on two tracks on their last album. They’ve invited a whole host of string players, harmonica players (Kim Churchill, Shaun Kirk, Dan Hannaford), didgeridoo experts (Richard Perso, Lucas Proudfoot) and even belly dancers onto stage to enhance their live show. The audiences too, always form an important part of each and every show, whether it’s clapping and singing along, freestyle bush dancing with each other, or being dragged onto stage to form an impromptu rhythm section, there’s never a dull moment.

If the measure of success of a band was calibrated by who is having the most fun on stage, these guys would be off the scale…and it’s extremely hard not to be a part of it. 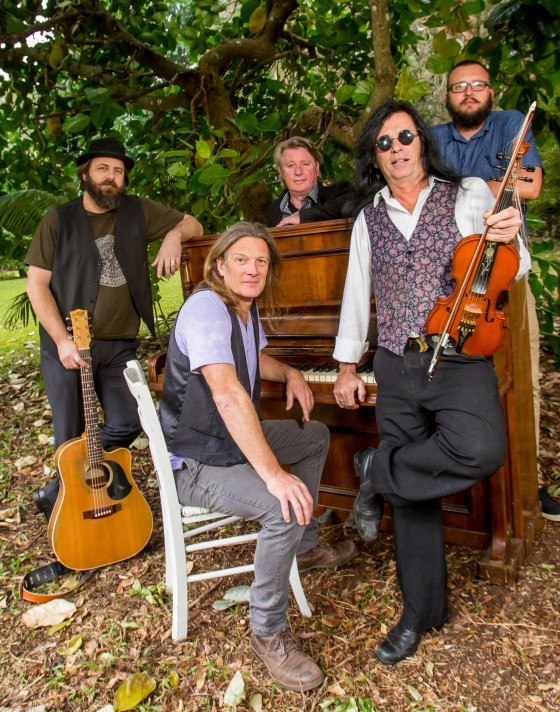