RUBY ROSE IS BATWOMEN IN THE DC UNIVERSE 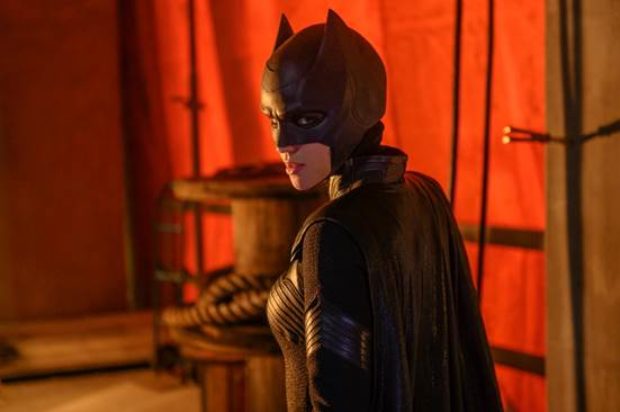 Plus new DC series Doom Patrol, Pennyworth and Swamp Thing
And all new seasons of Supergirl, The Flash and Arrow

The best of the DC Universe is coming to Foxtel this October, with brand new blockbuster franchises including the highly anticipated Batwoman starring Australia’s own Ruby Rose, plus new series Doom Patrol, Pennyworth and Swamp Thing, along with new seasons of returning favourites Supergirl, The Flash and Arrow. New series and seasons will launch this October across one massive premiere week on FOX8, the home of the best superhero and supernatural dramas and will be available to stream on Foxtel.

The most highly anticipated new series from DC, Batwoman starring Australian actor Ruby Rose will premiere Tuesday October 8 at 8:30pm, express from the US. Three years after Batman mysteriously disappeared, Gotham is a city in despair, and it is under the watch of Jacob Kane and his military-grade Crows Private Security. When the Alice in Wonderland gang targets the firm, Kane’s daughter Kate returns home, deciding that if she wants to help her family and her city, she will have to become the one thing her father loathes — a dark knight vigilante. With the help of her stepsister Mary and the crafty Luke Fox, the son of Wayne Enterprises’ tech guru Lucius Fox, Kate Kane continues the legacy of her missing cousin, Bruce Wayne. Armed with a passion for social justice and a flair for speaking her mind, Kate soars through the shadowed streets of Gotham as Batwoman.

Premiering Thursday October 10 at 8:30pm, Doom Patrol is a team of traumatised and downtrodden superheroes, each of whom has suffered a horrible accident that gave them superhuman abilities but also left them scarred and disfigured. The members of the team have found their purpose through The Chief and have come together to investigate some of the world’s weirdest phenomena. After The Chief mysteriously disappears, though, the reluctant heroes find themselves called to action by Cyborg, who comes to them with a mission that they cannot refuse. Doom Patrol — part support group, part superhero team — is a band of super powered freaks fighting for a world that wants nothing to do with them.

Set in a dystopian version of Sixties London, Pennyworth premiering Thursday October 10 at 9:30pm, follows the life of Alfred Pennyworth, as a former British SAS soldier in his 20s who forms a security company and goes to work with Thomas Wayne (Ben Aldridge) in 1960s London. Not yet Bruce’s father, Thomas is a young billionaire from the East Coast of the United States, who finds himself in need of Alfred’s services, especially with a mysterious organisation, known as the Raven Society, out there and causing all sorts of trouble. The series comes from Gotham creator Bruno Heller and that show’s chief director Danny Cannon, based on the DC characters created by Bob Kane with Bill Finger.

Premiering on Friday October 11 at 8:30pm, Swamp Thing delves into a mysterious and deadly epidemic in Louisiana. Based on the DC Comics characters created by Len Wein and Bernie Wrightson, and executive produced by James Wan (Aquaman, The Conjuring, Saw), Swamp Thing follows Abby Arcane as she investigates what seems to be a deadly swamp-born virus in a small town in Louisiana but soon discovers that the swamp holds mystical and terrifying secrets. When unexplainable and chilling horrors emerge from the murky marsh, no one is safe.

Returning series Supergirl is back for season 5, premiering Tuesday October 8 at 9:30pm, express from the US. In the new season Kara Zor-El aka Supergirl (played by Melissa Benoist) will be sporting a new Kryptonian supersuit — the first revamp since her co-worker, friend, and confidante Winn Schott designed her iconic red and blue gear in season one. Two new characters will also be joining the action in National City for the upcoming season. Andrea Rojas (aka Acrata) played by Julie Gonzalo is a polished businesswoman and heir to a Central American tech empire, who is now making a hostile advance into the world of media. Unapologetic and unafraid to make waves, she also holds a mystical secret. UK-based actor Staz Nair will play hardened reporter William Dey, an original character created for the series. On the surface, he is a cynic and a sell-out who looks down on Kara’s earnest idealism. Dey’s not interested in making friends, he just wants to get the story — but his ties to the criminal underworld could prove problematic.

Back for a sixth season is The Flash, premiering Wednesday October 9 at 8:30pm, express from the US. This season, there is a new doctor in Central City, and he has everyone’s pulse racing! Sendhil Ramamurthy plays Dr. Ramsey Rosso, a brilliant physician with a genius intellect, and the world’s leading expert on hematological oncology. A former colleague of S.T.A.R. Labs’ Caitlin Snow (Danielle Panabaker), Rosso rekindles their friendship after they are reunited by an unexpected event. But their long-time bond is quickly shattered when the doctor’s desire to defy the laws of nature takes him down a dark path…one that transforms Rosso from an old friend into the most chilling villain Team Flash has ever faced: the monstrous Bloodwork.

Long running series Arrow returns for the eighth and final season on Wednesday October 16 at 9:30pm, express from the US. With the reappearance of The Monitor (LaMonica Garrett) in the season seven finale of Arrow, there is no doubt that Oliver Queen (Stephen Amell) and Team Arrow will be facing a “crisis” unlike anything they have previously faced before. We meet Diggle, Jr. — knowns as J.J. – the Flashpoint-born son of John Diggle and Lyla Michaels – in the future as the leader of the Deathstroke Gang, where he faces off against Mia and his adopted brother, Connor. Barnett joins new series regulars Katherine McNamara, Joseph David-Jones and Ben Lewis as Mia Smoak, Connor Hawke and Oliver Queen’s adopted son, William Clayton, respectively.

Kicking off in December, the DC galaxies will collide, in the highly anticipated DC crossover event – Crisis of Infinite Earths. Four of DC comics most popular returning shows: The Flash, Arrow, DC’s Legends of Tomorrow and Supergirl, will join forces with the DC universe’s newest superhero, Batwoman. The crossover will link the final season of Arrow, the original brand that lends its name to the Arrowverse collective, with the inaugural season of Batwoman. The DC crossover event will include 3 episodes in December and 2 episodes in January airing on FOX8, the home of the best superhero and supernatural dramas.