RELEASES NEW SINGLE ‘WHEN I’M AROUND YOU’ 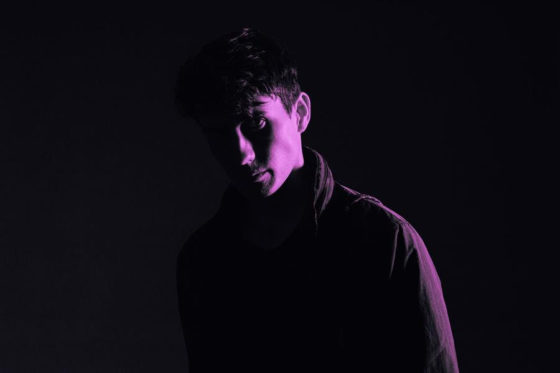 Running Touch today releases his new single ‘When I’m Around You’ and announces his biggest Australian headline tour to date. As he gears up for his debut UK and first ever US headline tours, Running Touch has shared dates for his ‘When I’m Around You Australian Tour’ taking him to Sydney, Melbourne, Brisbane and Perth. These show will see the enigmatic producer, artist and songwriter step onto bigger stages, playing even larger venues than ever before.
‘When I’m Around You’ is a short-story based record telling of the sweet-blooded unfinished intimacies, self-discovery and unearthed obsession. The story doesn’t start and end at the lyrics. There is a story behind every line that could be experienced outside music. “It’s the first instalment of a narrative I’m close to and the start of a new creative challenge,” says Running Touch.

The visual piece for ‘When I’m Around You’ is a concept realised through these short stories filmed in collaboration with Shevin Dissanayake. Watch them Here.
“We wanted to create a world within this song. I don’t want to move on creatively too fast. I really enjoyed where I was at in 2018 in that I was being really honest with what I was putting out there. It was the first time I’ve felt like I’m giving myself and not a rendition of. I want to use that and learn all that I can from it while I’m still in that headspace. 2019 Is all about substance. I really want these records to have layers and to have as much fun as I can making them.”

‘When I’m Around You’ is the follow-up single to ‘My Hands’ which reached #1 most played track on triple j and was added to major playlists around the world including Apple Music’s A-list Electronic in 37 countries and twelve of Spotify’s largest editorial lists. The video, directed, curated, filmed and edited by Running Touch, was added across the board to MTV, MTV Dance, YouTube’s ‘Electronic Hotlist (USA) and chosen as the ‘Sexiest Song of 2018’ by the triple j listeners. Running Touch also collaborated with Hayden James on the track ‘Better Together’, charting #1 on the iTunes Electronic Chart and added toNew Music Friday in the US. In Australia the song was voted #78 on triple j’s Hottest 100 while ‘My Hands’ came in at #164.

With his recent North American signings to United Talent agency and ODESZA’s labelFOREIGN FAMILY COLLECTIVE, a spot on Ultra Miami Festival and an official Odesza remix dropping in the next few weeks, the Running Touch name is further spreading far and wide.

Touring endlessly until the end of June, Running Touch will be reunited with Crooked Colours on his upcoming UK tour, and will be bringing along some special guests for his Australian ‘When I’m Around You Tour’. TICKETS ON SALE FROM – http://www.runningtouch.com/