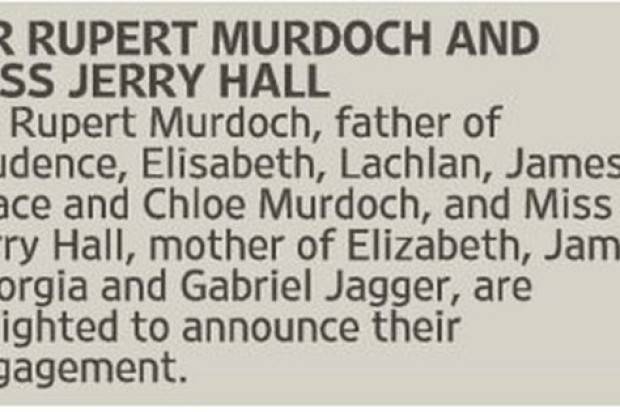 Media and Model Giant Will Get Hitched.

The Media mogul giant Rupert Murdoch and actress-model Jerry Hall have announced their engagement in births, marriages and deaths section of the Times newspaper, which is owned by Mr Murdoch’s News Corporation company. They celebrated this announcement at the recent Golden Globes Awards.
Mr Murdoch, 84, has been married four times and its the first for Miss Hall, 59, although she lived with singer Sir Mick Jagger for many years and previous singer Brian Ferry.
The new relationship reportedly began in the summer. A spokesman said: “They have loved these past months together.”
They were “thrilled to be getting married and excited about their future”, he added.
Being Australian-born Mr Murdoch, who now has US nationality, split up with his third wife Wendi Deng in 2013.

Jerry Hall will be also performing on stage film version adaptation of “The Graduate” which will be staged here in Brisbane later this year. 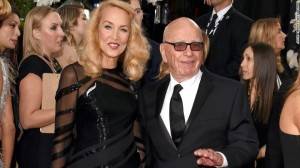