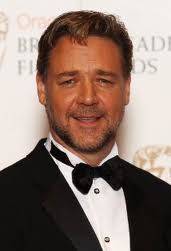 More than 1,000 Australian film and television performers and practitioners will come together in Sydney at The Star Event Centre for the 2nd AACTA Awards – the biggest night on the industry’s calendar.

Many of Australia’s favourites of the big and small screens will be attending, including Hugo Weaving, Rove McManus, Rebecca Gibney, Deborah Mailman, Lachy Hulme, Matt LeNevez and Shane Jacobson, to name a few.

Crowe was announced as new host for the 2nd AACTA Awards following a conflicting L.A. schedule for Hugh Sheridan, who was originally announced as the host.

In addition to the AACTA Awards in Sydney, Crowe will also host the AACTA International Awards in Los Angeles on Saturday, which Sheridan will now also attend.

Trewhella said Crowe has also shown his commitment to the Australian Academy since its launch 18 months ago, and was a presenter at the inaugural AACTA International Awards in L.A. in January 2012.

“Russell Crowe is a formidable talent whose work has been recognised through peer assessed awards the world over, including through the Oscars, BAFTAs and AFI Awards.

“That Russell is hosting two events for the Australian Academy in L.A. and Sydney within the space of a week attests to both his support of the Australian screen industry, and his leadership with AACTA as we promote a voice for the Australian industry in the U.S.. We are incredibly pleased to have Russell on board for what is going to be an amazing show.’’

‘’The Australian Academy is making its mark in the States, and I’m equally as honoured to represent the Australian industry in L.A. as host of AACTA’s International Awards, as I am to return home to celebrate the success of my peers at the 2nd AACTA Awards Ceremony in Sydney.

‘’The show format for the Ceremony will be entertaining and fast paced, whilst rightfully honouring the fantastic film and television our nation is producing,’’ Crowe said.

Network Ten Chief Programming Officer, Beverly McGarvey said: “We are delighted Russell will be returning to Sydney especially to host the AACTA Awards. We have no doubt he will captivate both his audience in the room and those watching on television.”

Minister for Tourism, Major Events and the Arts, George Souris, said it was good that a home-grown talent such as Russell Crowe would be hosting the AACTA Awards, to celebrate Australia’s best film and television performers, practitioners and productions.

“This is our version of the Oscars or the Golden Globes and it is only fitting that a world-renowned actor is involved and that the Awards are held in NSW, the home of the Australian film and television industry.”

Further announcements regarding entertainment for the show, as well as Australian and international talent attending, are imminent.