BRISBANE Sam Hargreaves sport Triple M by Caroline Russo | on February 15, 2018 | 0 comments | in Entertainment | Like it 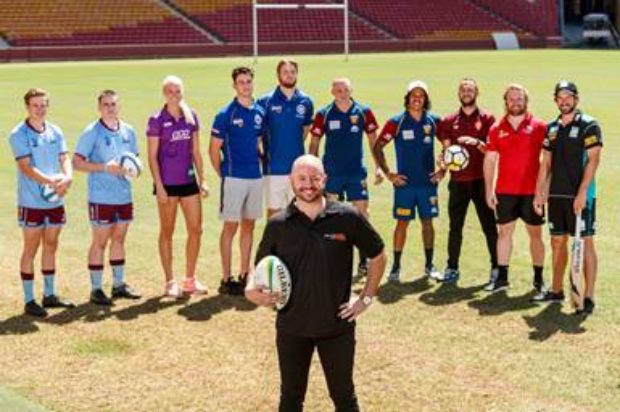 Triple M Brisbane is serious about SPORT, so serious that it has announced Sam Hargreaves will be the station’s full time SPORTS GUY. In a time when most stations are streaming content from southern headquarters and downsizing newsrooms, the move signals just how serious Triple M Brisbane is also about their local listeners, their local sports news and their local teams.

And it’s not just sports news Triple M Brisbane is 100 per cent behind. The station has announced exclusive Partnerships with the Queensland Reds, Brisbane Lions, Netball Queensland and Queensland Firebirds, The Heat and local rugby.

Brisbane’s Sam Hargreaves lives and breathes sport. He’d probably be playing in a professional capacity somewhere if his first love wasn’t radio, and if he was actually any good at sports himself! He’s passionate and provocative and he knows the players, the coaches, the referees and the managers – he gets how sport happens and how sportspeople think. That’s why he’s the Triple M Sports Guy and that’s why Triple M will be Brisbane’s go-to source of all sporting news. Sam will continue to anchor the Triple M AFL call team, be a regular guest on the Triple M NRL call team and lead Triple M’s Dead Set Legends along with Margeaux Parker, covering everything sport and lifestyle from 10am-12pm every Saturday morning.

Sam will be EVERYTHING sport in Brisbane – putting the microphone where sport is – anywhere, anytime, any announcement, any sport. If it’s happening in sport in Brisbane, Sam and Triple M will be there.