FOXTEL new productions in NSW Sam Neil screen australia by Caroline Russo | on November 26, 2021 | 0 comments | in Film News | Like it 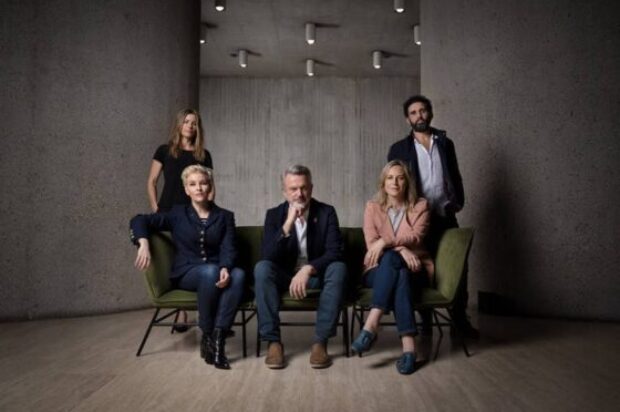 FOXTEL and Screen Australia today announced that production will begin in Sydney next week on a new crime drama series The Twelve, which will headline FOXTEL’s Originals slate in 2022. The Twelve tells the story of 12 jurors, ordinary Australians, with struggles of their own, who must decide the case of a woman accused of killing a child.

Celebrated international actor Sam Neill (Jurassic World: Dominion, Thor: Love and Thunder, Palm Beach), returns to Australia to star in the series, his first major role in an Australian television drama in many years. He joins some of the country’s finest actors including Marta Dusseldorp (Wentworth, Stateless, A Place to Call Home), Kate Mulvany (Fighting Season, Lambs of God, Hunters), Brooke Satchwell (Mr Inbetween, The End, Ride Like a Girl), and Hazem Shammas (Safe Harbour, The Hunting, The Secrets She Keeps), with an incredibly diverse line-up of rising Australian talent to be announced soon.

Brian Walsh, Executive Director of Television – FOXTEL Group, said: “The Twelve will continue FOXTEL’s tradition of bringing gripping Australian drama to the screen – this time from the courtroom. The team at Warner Bros. International Television in Australia, together with Easy Tiger Productions, have secured an outstanding ensemble cast along with some of the country’s finest creatives to deliver, what we believe, will be one of the most compelling series next year.”

Michael Brooks, Managing Director of Warner Bros. International Television Production Australia, said: “The Twelve is an incredibly exciting series for our business and is a continuation of our endeavour to produce great Australian stories for the global market. The FOXTEL Group are an ideal partner given their backing of premium drama and we are extremely excited to be partnering with Endeavor Content globally. We’ve engaged a team that will deliver a story that will captivate audiences across the board and showcase the amazing talent we have on the ground locally.”

Screen Australia Head of Content Sally Caplan said: “The Twelve is a powerful courtroom drama that is set to re-shape the genre with its complex moral and ethical issues. Easy Tiger’s pedigree for producing highly engrossing dramas is guaranteed to continue, having assembled a powerhouse cast and a storyline that will challenge our very belief in guilt and innocence. Local and global audiences are sure to devour this thrilling series when it airs next year.”

The Twelve, commissioned by the FOXTEL Group, will be produced by Warner Bros. International Television Production Australia in partnership with Easy Tiger with major production investment from Screen Australia in association with FOXTEL. Financed with support from Screen NSW. The series will be distributed globally by Endeavor Content.

The series will be produced by Ian Collie, Rob Gibson and Ally Henville (Easy Tiger), and Executive Produced by Michael Brooks and Hamish Lewis (Warner Bros.) and Liz Watts (Spirit Pictures). Executive Producers for the FOXTEL Group are Brian Walsh and Penny Win.

The Twelve, a 10 x one-hour crime drama for the FOXTEL GROUP, will commence production on Tuesday November 30, 2021 in various locations around Sydney.