Music Sara Bareilles Waitress WHAT’S INSIDE: SONGS FROM WAITRESS by Caroline Russo | on September 26, 2015 | 0 comments | in Music | Like it 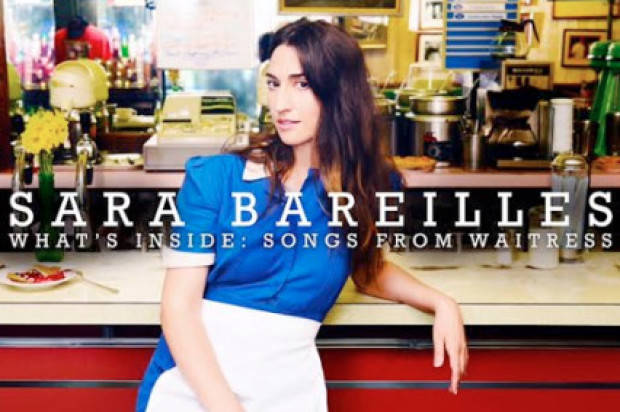 WHAT’S INSIDE: SONGS FROM WAITRESS
OUT NOVEMBER 6

Multi-platinum selling singer-songwriter Sara Bareilles has announced plans to release her highly anticipated new studio album this November 6th through Epic Records / Sony Music Entertainment Australia. Entitled WHAT’S INSIDE: SONGS FROM WAITRESS, the album features songs from the upcoming Broadway musical Waitress, for which she wrote both music and lyrics. The musical, which will open at Broadway’s Brooks Atkinson Theatre in April 2016, is currently playing at The American Repertory Theater (A.R.T.) in Cambridge, MA, where it runs through to September 27th. Reuniting with KALEIDOSCOPE HEART producer Neal Avron, the album was recorded in New York and Los Angeles and is Sara’s much-anticipated follow-up to her highly-acclaimed, Grammy-nominated third studio album THE BLESSED UNREST.

The album’s first single, ‘She Used to Be Mine’ is available at all digital retailers today.

“I fell more deeply in love with the writing of the musical ‘Waitress’ than I had ever imagined,” said Bareilles. “It proved impossible for me to imagine handing over the songs to the show before selfishly finding a way to sing them myself. This is a deliciously self-indulgent project and I’m sorry, I’m not sorry. 🙂”
  
Bareilles also plans to release her first book, Sounds Like Me: My Life (So Far) In Song, on October 6th via Simon & Schuster. The book is a collection of personal essays which among other things, tells the inside stories behind some of her most popular songs, including ‘Love Song’, ‘Gravity’, and her most recent hit, ‘Brave’. 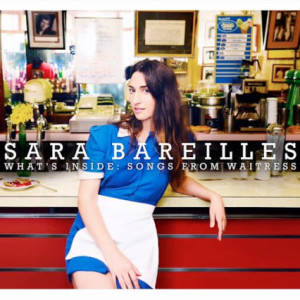