Sara Evans will releases her 17th Studio Album: Slow Me Down 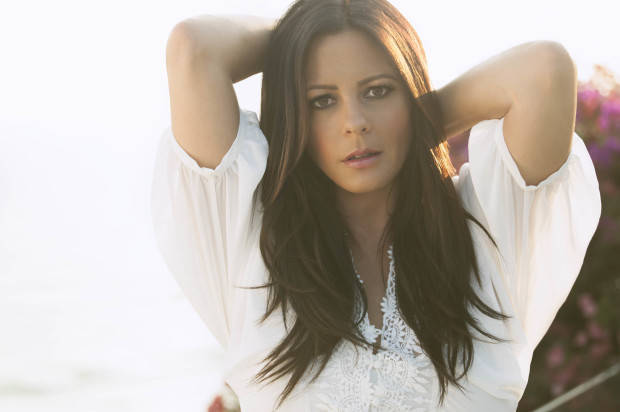 Album to Include Collaborations with
Vince Gill, Isaac Slade of the Fray, and Gavin DeGraw

Multi platinum-selling recording artist Sara Evans, one of the most compelling and authentic vocalists in Country music, will release her highly anticipated seventh studio album Slow Me Down in Australiaon March 14, 2014. The album comes over two years after the release of Stronger, her second Billboard Country Album Chart #1. Despite five #1 Country songs Slow Me Down’s title track off the album is Sara’s biggest first week Country radio added single ever in the US.
The song has been steadily climbing the charts ever since.
The video featuring NASCAR great Carl Edwards can be seen athttp://tinyurl.com/SlowMeDownVideo. 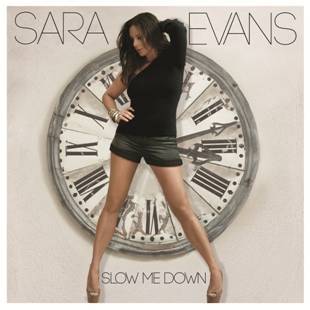 Slow Me Down is co-produced with Mark Bright (Reba McEntire, Rascal Flatts, and Carrie Underwood) who Evans last worked with on her Platinum-selling #1 Country album Real Fine Place (2005). Slow Me Down sees Evans collaborating on three tracks “Better Off” with Country legend Vince Gill, “Can’t Stop Loving You” a duet with Isaac Slade of The Fray and a cover of Gavin DeGraw’s “Not Over You,” which features Gavin singing harmonies. This album is what fans have waited for and newcomers are bound to fall in love with.

“Making Slow Me Down has been a truly amazing experience,” said Evans. “I had the chance to co-write with some of my favourite writers, work with Mark (Bright) and some truly incredible musicians – and now hearing what we created gives me such an incredible sense of pride. Having Isaac (Slade), Gavin (DeGraw), and Vince (Gill) sing with me, was an amazing experience and they took those songs to another level. I honestly have never been more excited to have everyone hear one of my albums. I cannot wait to share it with everyone.”

Slow Me Down is Sara Evans at her finest, with her signature powerful vocals that will serve as a reminder of why she has had a level of success reserved for few. Evans co-wrote three of the albums eleven-tracks and some of Nashville’s finest songwriters are represented onSlow Me Down. A virtual who’s who of songwriters on the album include Dave Berg (Keith Urban, Reba McEntire, Blake Shelton), Shane McAnally (Florida Georgia Line, Kasey Musgraves, Kelly Clarkson), Karyn Rochelle (Trisha Yearwood, LeAnn Rimes, Ronnie Milsap), Sarah Buxton (Keith Urban, The Band Perry, Gary Allan), and Shane Stevens (Lady Antebellum, Kellie Pickler, Montgomery Gentry), amongst many others.