american idiot Green Day QPAC SARAH MCLEOD shake and stir by Caroline Russo | on November 27, 2017 | 0 comments | in Theatre | Like it 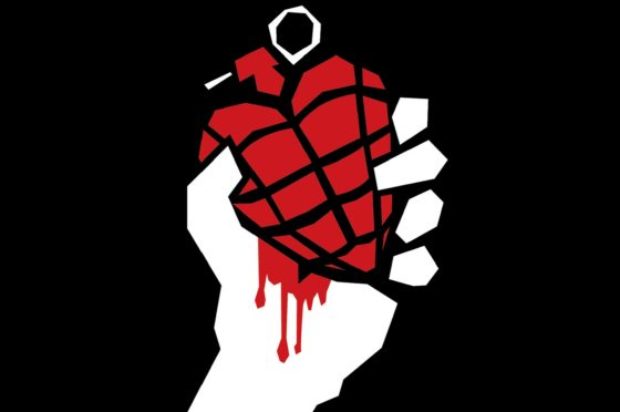 The full cast of Green Day’s American Idiot has been announced, with Sarah McLeod from The Superjesus confirmed to share the role of St Jimmy with Grinspoon’s Phil Jamieson for the Brisbane season of the explosive award-winning Broadway phenomenon at Queensland Performing Arts Centre (QPAC) from 13 to 21 April 2018.

The role of St Jimmy has been played rotationally by rock personalities including Billie Joe Armstrong, Melissa Etheridge, Chris Cheney and Phil Jamieson. The Australian production’s Executive Producer Nick Skubij is thrilled to add Sarah McLeod to the list. “When casting, we wanted to attract the country’s best talent, from multiple music genres to this show – Phil and Sarah have fronted two of the biggest bands in Australia and to have them join a cast of established and emerging music theatre performers is going to be electric,” Skubij states.

Sarah McLeod says on joining the cast, “I am so excited to have been offered this role. I was secretly envious this year when I heard Chris (Cheney) and Phil (Jamieson) were doing it. I’ve always wanted to be involved in musical theatre but so far hadn’t found the right vehicle. And then BAM…a role that is so much up my alley. I totally relate to the split personality of Jesus of Suburbia and St Jimmy. My whole life I’ve felt like I’ve lived with a little devil on my shoulder whispering in my ear psyching me into trouble! At least that’s who I blame when I do get in trouble! The music is great too, it’s punk but it’s got this 60s feel to it with some of the melodies and harmonies that I just love. It’s really cleverly put together. I can’t wait to be a part of something so different, challenging and downright mega-town cool!”

As the lead singer/guitarist and primary songwriter for multi-ARIA Award-winning rock band The Superjesus, Sarah McLeod’s career began in the late 90s. The Superjesus achieved platinum album sales and multiple Top 40 singles including Gravity, Down Again and Secret Agent Man which are still rock radio staples nationally. When The Superjesus hiatus began in the early 00s, Sarah’s solo career soared. Releasing a number of EP’s and collaborations with The Living End’s Chris Cheney, The Tea Party’s Jeff Martin, and the Baby Animals’ Mick Skelton, and a side project band called Screaming Bikini, Sarah solidified her musical ability across a range of genres including hard rock, 50s & 60s barber shop and electronica. Sarah released Rocky’s Diner in 2017 which debuted in the ARIA Top 20 albums chart.

Joining Phil and Sarah is an all-Australian cast led by Linden Furnell as Johnny, the protagonist of the story. Linden was the winner of the 2016 Rob Guest Endowment Award and was last seen in the Australian tour of Kinky Boots and in the sold-out seasons of RENT.

Phoebe Panaretos will reprise the role of Whatsername which earned her a 2017 Helpmann Award® nomination for Best Female Actor in a Supporting Role in a Musical. Phoebe made her professional debut when she was just 11 and since then has made international headlines being handpicked by Baz Lurhmann to play the lead role of Fran in Strictly Ballroom the Musical.

Winner of two Tony Awards® and the 2010 Grammy Award® for Best Musical Show Album, American Idiot features every song from Green Day’s iconic album American Idiot as well as several hits from their follow up release, 21st Century Breakdown. This album not only defined Green Day as a band but also gave a voice to a generation waiting for the opportunity to let their hair down and embrace their youth and individuality.

Developed by Green Day’s Billie Joe Armstrong (lyrics) and Tony Award® winner Michael Mayer (book and lyrics), American Idiot boldly took the American musical in a new direction, capturing not just the sound of a generation, but also the frustrations, fears, dreams and challenges of life in the media-saturated, post 9/11 era.

It tells the story of three best mates grappling with the decision to either challenge the status quo and break out of their aimless rut or to remain in the safe confines of their urban existence. Their quest for true meaning in a world full of violence and dissolution leads them on a journey of self-discovery, heartache and revelation.

The national tour kicks off at Sydney Opera House from 11 January, before playing strictly limited seasons at Adelaide Festival Centre’s Her Majesty’s Theatre from 19 January, Crown Theatre Perth from 2 February, Melbourne’s Comedy Theatre from 23 February and QPAC in Brisbane from 13 April.