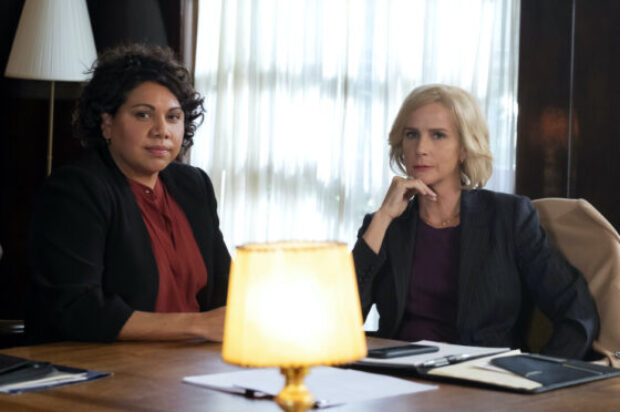 Screen Australia has announced four feature films, three television dramas and two children’s projects that will share in $12 million of production funding, from the Scripted and First Nations Departments. Total Control is back for series 3 on ABC; Made Up Stories is producing romantic comedy Addition; and an exciting team of writers will bring WWII dramedy While the Men Are Away to SBS.

The projects also include psychological horror The Moogai from director Jon Bell and Causeway Films (You Won’t Be Alone); North Shore, a crime drama set around Sydney Harbour for Paramount+; and feature film Little Bird based on Australian pilot Nancy Bird Walton.

Minister for Arts Tony Burke said, “Showcasing Australian stories – particularly First Nations stories – is a central part of what I want to do as Arts Minister. Shining a spotlight on Australian stories, is so important, not just for those in the arts sector, but all of us as Australians. These stories contribute to our national identity, and I know these projects will showcase the incredible talent and creativity of our actors, writers, producers, directors and post-production workers – here in Australia and right around the world.”

Screen Australia’s Head of Content Grainne Brunsdon said, “We know there is an appetite for fun, joyful drama content in the international market right now and we’re pleased to announce a number of distinct Australian dramedies and romantic comedies that will engage global audiences as part of this mix. We are also proud to support Australian creatives expanding their skillset, including Northern Pictures producing their first feature film Little Bird and Arcadia bringing to life their first episodic drama with While the Men Are Away for SBS.”

“We have a solid pipeline of impressive applications coming through this financial year. In our first round alone we received applications that exceed our total budget for the entire year, and the remarkable calibre of projects means it’s incredibly competitive,” Brunsdon continued.

Screen Australia’s Head of First Nations Angela Bates said, “We are proud to announce two premium dramas today including a new season of Total Control which continues to not only captivate viewers but also provide important opportunities for emerging filmmakers above and below the line. Jon Bell’s short film The Moogai won the Midnight Shorts Jury Prize at SXSW 2021 and now we’re thrilled that he is expanding it as a feature film. These compelling projects explore important themes of intergenerational trauma, colonisation and power.”

In 2021/22 Screen Australia supplied over $44 million of production funding for feature films, television dramas and children’s television. Through the First Nations Department, the agency provided another $6 million to drama productions.

The projects receiving funding through the First Nations Department are:

The Moogai: A psychological horror from writer/director Jon Bell (Redfern Now) teaming up with producers Mitchell Stanley (We Are Still Here) and Kristina Ceyton and Samantha Jennings of Causeway Films (You Won’t Be Alone). The film follows Sarah and Fergus, a hopeful young couple who give birth to their second baby. But what should be a joyous time of their lives becomes sinister when Sarah starts seeing a malevolent spirit she is convinced is trying to take her children. Fergus desperately wants to believe her but grows increasingly worried as she becomes more unbalanced. The Moogai is financed with support from Screen NSW. Australian distribution is by Maslow Umbrella 387 Entertainment with Bankside managing international sales.
Total Control Season 3: A six-part third series of the ground-breaking drama for ABC starring Deborah Mailman and Rachel Griffiths. In the corridors of power, adversaries Alex Irving and Rachel Anderson battle to control their political destinies. Season 2 writers Stuart Page and Pip Karmel team up again with producers Darren Dale, Erin Bretherton and Rachel Griffiths. They are joined by writers Julia Moriarty (Barrumbi Kids), Meyne Wyatt (Heartbreak High) and Debra Oswald (Offspring). Total Control Season 3 is financed with support from the ABC, with All3Media managing international sales.
The funded feature films are:

Addition: The debut feature film from writer Becca Johnstone (Open Slather) and director Marcelle Lunam (Jimmy Little Messenger) teaming up with producers Bruna Papandrea, Steve Hutensky, Jodi Matterson of Made Up Stories (Nine Perfect Strangers, The Lost Flowers of Alice Hart), and Cristina Pozzan of Buon Giorno Productions (Carla Cametti PD). This romantic comedy follows 30-something-year-old Grace who has a thing for numbers and the inventor Nikola Tesla. But when an average guy, Seamus, comes along, Grace falls for Seamus and her meticulously ordered life begins to unravel around her. To let this love in, she must let go of the things she’s been holding onto. Addition will be distributed in Australia by Roadshow Films with WME managing international sales.
Went up the Hill: A psychological thriller, which is a three-hander played out between only two actors. The story follows Jack as he travels to remote New Zealand to attend the funeral of Elizabeth, the mother who abandoned him as a child. There he meets Jill, Elizabeth’s widow. Both are searching for answers; Jack about why she deserted him and Jill about why she killed herself. But Elizabeth’s spirit lingers and soon finds a way to possess both Jack and Jill’s bodies at night. Caught in a life-threatening nocturnal dance, Jack and Jill must find a way to let go of Elizabeth’s toxic hold, before she pushes them to the edge. This film is a New Zealand/Australian co-production from writer/director Samuel Van Grinsven and writer Jory Anast who previously collaborated on their debut feature Sequin in a Blue Room. The producers are Samantha Jennings and Kristina Ceyton of Causeway Films (You Won’t Be Alone) and Vicky Pope (Savage). Went up the Hill has been offered production investment from the New Zealand Film Commission and is financed with support from Spectrum Films, Stage 23, RB Sound and Screen Canterbury. Local distribution is by Vendetta Films and international sales by Bankside Films.
Little Bird: A romantic comedy from Northern Pictures about a poor but spirited young woman, who teams up with a burnt-out legend to become one of Australia’s most extraordinary flying teams. Set in the glamorous world of 1930’s aviation and based on pilot Nancy Bird Walton, Little Bird is about defying expectations and letting your spirit soar as high as the sky. The creative team features director Darren Ashton (Spreadsheet), writers Harry Cripps (The Dry) and Hannah Reilly (Sheilas), and producers Joe Weatherstone and Catherine Nebauer whose credits include Hardball. It is financed with support from Screen NSW, with local distribution by Maslow Umbrella 387 Entertainment and Parkland Pictures managing international sales.
The funded television dramas are:

While the Men are Away: A queer, revisionist historical dramedy for SBS set in 1940’s rural Australia. While the men are off fighting in WWII, the people who have been excluded from power suddenly find themselves running the show. Two Women’s Land Army recruits from Sydney arrive in the country and undergo a heady course in race relations, rural politics, spirituality, sex, and personal growth – oh, and farming. While the Men are Away is created by Alexandra Burke (Sissy), Kim Wilson (Wentworth) and Monica Zanetti (Ellie and Abbie (& Ellie’s Dead Aunt)), and written by Wilson, Zanetti, Jada Alberts (Cleverman), Magda Wozniak (Bad Behaviour), Enoch Mailangi (All My Friends Are Racist) and Sam Icklow (The Moth). It is produced by Lisa Shaunessy of Arcadia, whose feature Sissy premiered at SXSW Film Festival this year. This series is financed with support from Screen NSW with Red Arrow Studios International managing international sales. This is the first 8 x 30 drama from SBS Scripted Originals.
North Shore: A six-part crime thriller for Paramount (Australia/NZ) created by Mike Bullen (Cold Feet) and directed by Gregor Jordan (Two Hands) with writing from Marcia Gardner (The Doctor Blake Mysteries). Set on and around Sydney Harbour, this series follows the clash of cultures when British and Australian detectives team up to solve a complex murder mystery, and uncover a conspiracy with international political consequences. Produced by Beach Road Pictures, North Shore is financed with support from Screen NSW. It is also produced in association with ITV Studios who handle international distribution.
The funded children’s projects are: