ARTS AND SCREEN PRODUCERS film news screen australia by Caroline Russo | on October 18, 2021 | 0 comments | in Film News | Like it 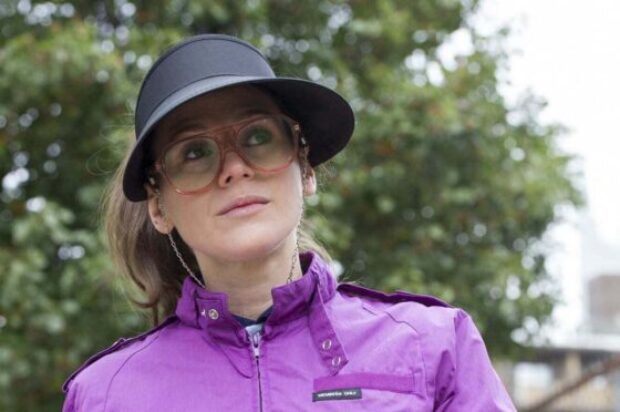 Screen Australia has announced 14 feature films, six television dramas and an online project that will share in over $600,000 of Story Development funding. The projects include Beth, a spin-off of television series High Maintenance starring Yael Stone, and comedic crime series The Pastor’s Wife from the producers of hit ABC series Wakefield.

This slate includes 11 projects supported through the Generate Fund and 10 through the Premium Fund.

Screen Australia’s Head of Development Nerida Moore said, “This is an exciting mix of projects and it’s great to support creatives expand on their careers and take on new challenges, including producer Alex White working on her first TV series, and writer Arka Das and writer/director Hannah Hilliard on their debut feature films.”

Last week it was announced that Moore will depart the agency in December after nine years. The new Head of Development Louise Gough will start in the role on 15 November 2021.

“The shared vision we are working towards is an inclusive industry where the best Australian talent can tell their stories to all Australians and global audiences. To this end, I’m grateful for the support of the industry while we made some seismic but necessary changes to open up eligibility and support storytelling on all platforms. It’s a privilege to have supported so many fabulous creative projects and people along the way,” said Moore.

THE FUNDED PROJECTS INCLUDE:

Beth (working title): A spin-off from the HBO series High Maintenance. Beth will follow the feisty, freewheeling thirty-something dog walker (played by Yael Stone), who has just returned to Sydney after 10 wild years in New York. This comedy is created by Alex White (Babyteeth), Eden Falk, Charlie Garber (Sando), Lexi Freiman (author of novel Inappropriation) and actor Yael Stone (Orange is the New Black). It will be directed by Falk, written by Garber and Freiman, produced by White and executive produced by the original creators of High Maintenance, Katja Blichfeld, Ben Sinclair and Russell Gregory.
Khana: The debut feature film written by Arka Das, one of the writers of anthology feature film Here Out West, which is set to open Sydney Film Festival 2021. Khana follows young migrant worker Ronny who clocks long hours as a dish-pig at an Indian restaurant in Sydney’s Western suburbs. When the opportunity arises to achieve his dream of becoming a chef, he feels his life is about to change. However, Ronny quickly finds his dream has become a prison and he is drawn into the dark underworld of indentured labour where freedom comes at a hefty price. Blake Ayshford will work with Das as a script consultant during development and the film will be produced by Co-Curious (Here Out West).
Mimesis: A science-fiction feature film about gifted computer scientist Beth Francis, who resurrects her dead sister in the form of an Artificial Consciousness. Once brought to life, Beth’s virtual sister struggles with her new identity and draws Beth and her mother into an exploration of the days leading up to her unexplained death, changing their relationship forever. Mimesis is the debut feature film from writer/director Hannah Hilliard, whose 2010 short film Franswa Sharl won the prestigious Crystal Bear for Best Short Film at Berlin Film Festival. Hilliard is joined by writer Ian Shadwell (Under the Volcano) and producer Kristian Moliere (The Babadook).
The Pastor’s Wife: An eight-part television series from Jungle Entertainment, the producers of Wakefield and Mr Inbetween, and international boutique distributor and producer APC Studios. This comedic crime series follows a usually meek and mild-mannered pastor’s wife and a rat-bag teen who together go down a rabbit-hole of some seriously ungodly behaviour, in order to get away with murder. The creative team features creator/writer Romina Accurso (Spreadsheet), producer Bridget Callow-Wright (Over and Out) and executive producers Romina Accurso, Shay Spencer and Laurent Boissel.
The Sweet Above: A feature film about the true story of an aeroplane race from Melbourne to London in 1932, and how locals from the New South Wales town of Albury defied the odds to become aviation heroes. This adventure drama is created by the team behind A Sunburnt Christmas, with writers Elliot Vella, Gretel Vella and Timothy Walker and executive producers Fiona Eagger, Deb Cox, Mike Jones, Drew Grove and Michael Smith.