ABC broadcasters documentary funding on film screen news by Caroline Russo | on January 17, 2018 | 0 comments | in Film News | Like it 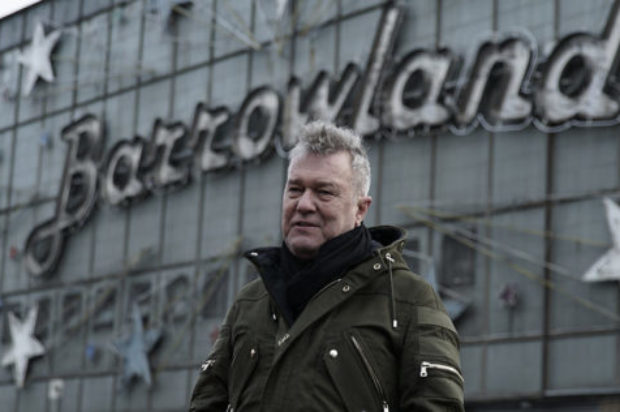 The slate includes an adaptation of Jimmy Barnes’ memoir Working Class Boy; a feature-length version of Violeta Ayala and Daniel Fallshaw’s award-winning Guardian short The Fight; a second season of Filthy Rich & Homeless, the most watched documentary series on SBS in 2017; and a three-part series delving into the life of cult leader Anne Hamilton-Byrne from the team behind feature documentary The Family.

In addition to commissions for ABC, SBS, Network Ten and the BBC, there are two feature documentaries, two online projects and one designed specifically for dome cinemas and planetariums.

Screen Australia’s Senior Manager of Documentary Liz Stevens noted: “In the last few months of 2017, we announced that online and interactive documentaries were a priority for the Producer program. Innovative projects like Gun Ringer, The Horrors and Mission: Whalesong are perfect examples of creative teams exploring alternative business models and distribution avenues for documentaries. In 2018 we will be looking to support more similarly forward-thinking projects, alongside more traditional features and broadcasting commissions.”

In total $850,000 was allocated through the Producer program and $2.66 million through the Commissioned program.

The six projects supported through Documentary Producer are:

ABC iview series Gun Ringer about Indigenous Ringer Jeff Harrower, who does one of the most dangerous jobs on earth – feral bull catching in regional Northern Territory. Based on an original concept created by emerging NT producer Tom Lawrence who teamed up with Ronde Media executive producer and Bondi Rescue creator Ben Davies, Gun Ringer also has Ash Davies on board as series producer.
ABC Arts one-off special Death Art from Ruby Girl Productions, about one woman’s journey to explore what it means to use a dead body in artworks. Produced by Julia Peters (Becoming Superhuman), and written and directed by Sascha Ettinger Epstein (The Pink House).
Mission: Whalesong from WA-based Prospero Productions, produced by Julia Redwood and Ed Punchard (Martin Clunes: Islands of Australia; Outback Truckers), and written/directed by Russell Vines (Who Do You Think You Are). Designed as an immersive experience to be screened in dome cinemas and planetariums, it will explore far flung corners of the Indian Ocean to uncover the mysteries of the largest creature on the planet – the blue whale.

An feature length version of producer/director team Violeta Ayala and Daniel Fallshaw’s award-winning Guardian short The Fight, examining the discrimination faced by people with disabilities in Bolivia. Ayala and Fallshaw’s 2017 documentary Cocaine Prison screened at TIFF and their 2015 documentary The Bolivian Case was recently acquired by Netflix.

CJZ’s feature Working Class Boy based on Jimmy Barnes’ best-selling book of the same name, about the early years of Australia’s biggest rock star from his childhood in Glasgow to life in the forlorn immigrant suburbs of Adelaide. Produced by Toni Malone (Pauline Hanson: Please Explain!), executive produced by Andrew Farrell (Marry Me Marry My Family) and Michael Cordell (Vitamania), and directed and co-produced by Mark Joffe (Jack Irish). The film will be released theatrically by Universal Pictures, followed by a broadcast on Channel Seven.
The six projects supported through Documentary Commissioned are:

Stranger Than Fiction Films’ Australia in Colour for SBS, produced in association with Arrow Media. The four-part series will take a look at pivotal moments in our nation’s history from 1900 – 1970, using cutting-edge technology to colourise black and white archival footage. Decade by decade the story of Australia, its people and culture will be given new life and shown in vibrant colour for the first time. Produced by Jo-anne McGowan (David Stratton: A Cinematic Life), executive produced by Jennifer Peedom (Sherpa) and Nick Metcalfe (America in Colour) from Arrow Media, the series will be written/directed by Alec Morgan (Hunt Angels) and Lisa Matthews (Australia – The Story of Us).
A second season of SBS’s thought-provoking series Filthy Rich & Homeless from award-winning production house Blackfella Films. Produced by Darren Dale and Jacob Hickey, who is also credited as writer, the second season will follow the format of the first and recruit five new high-profile Australians to trade in their privileged lives and discover what life is like for the nation’s homeless.
Artemis Media’s My Family Secret also for SBS, a three-part series helping regular Australians scrutinise the silences from both their family’s and our country’s past. Produced by Claire Forster (Australian Story) and Robin Eastwood (Miss Lebanon), executive produced by Celia Tait (Who Do You Think You Are) and directed by Steve Peddie (Secrets of Our Cities).

Northern Pictures’ The Magical Land of Oz from writer/director Tosca Looby (Outback) and executive producers Sue Clothier (Whiteley), Karina Holden (Blue), Caroline Hawkins (Meerkat Manor) and Clare Birks (Animal Mums). This wildlife series will explore the unique exotic creatures of Australia that have evolved in a country shaped by a distinctive climate and years of isolation, and is set to air on the ABC in Australia, BBC2 in the UK and PBS in the US.

Big Stories Co’s The Cult of the Family commissioned by the ABC, a three-part investigation into the rise and fallout of an insidious cult led by the charismatic Anne Hamilton-Byrne. The series reunites the same team from the 2017 feature The Family which premiered at MIFF – producer Anna Grieve (Croker Island Exodus) and writer/director Rosie Jones.
Screentime’s The Secret Life of Four Year Olds, revealing the secret world of four year olds at a pivotal age of their development. Capturing the ups and downs, tears and laughter of a group of young children, executive producers Jennifer Collins (Todd Sampson’s Life on the Line), Emily Griggs (The Chef’s Line), and Basia Bonkowski (Married At First Sight) will produce this illuminating series for Network Ten.