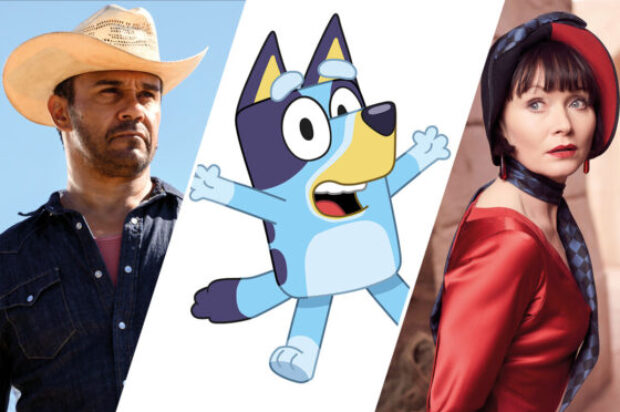 2020 was shaping up to be a record year for many areas of local screen content production until the COVID-19 pandemic significantly disrupted our lives.

The entire screen sector was impacted by the pandemic in a way we have never seen before. Despite the challenges COVID-19 wrought, the screen industry demonstrated immense creativity and resilience, and a wealth of screen content across film, television and online was created, released and celebrated. The local industry was incredible as it quickly adapted to the challenges caused by the virus and found ways to continue to work, and create and distribute content.

At the beginning of every year Screen Australia looks back at the previous year’s Australian box office data, television ratings and online viewing figures. This data completes the set of annual, objective metrics which Screen Australia utilises to monitor the health of the local screen industry, including the annual Drama Report, and the agency’s own spend on content. But 2020 was not a normal year, and so while we can gain valuable insights from this data it shouldn’t be viewed in isolation. Rather it should be considered as a snapshot of a never before seen environment and in conjunction with how the Australian screen industry pulled together, collaborated, and adapted to create and release content at a time when our viewing habits and lifestyles changed dramatically.

Screen Australia CEO Graeme Mason said, “It is difficult to assess the health of the industry based on box office, television ratings and online viewership figures over the past year given the impact the pandemic had on society, our lifestyles and the way we consume content. But it is important to view this data holistically with other industry trends to see what has resonated and admire the scope of content released during such a difficult year. The pandemic had a seismic impact on a number of sectors, with cinema and exhibition being one of the most affected in the country with the closure of venues and delays to theatrical content being released. Unsurprisingly we’ve seen that reflected in last year’s local box office figures, which are down significantly on the previous year. While 2020 will always be the year that COVID-19 hit us hard, 2020 was also a time that saw screen stories become more important, more sought after, and more innovative than they ever have been.”

“I commend Australian creatives on their tenacity and persistence in forging ahead, and ability to find new ways to create and tell distinctly Australian stories that were valued by audiences here and resonated globally. I particularly want to recognise all the distribution partners whose businesses were so impacted. When you think of the challenges it is a truly remarkable achievement that so many Australian stories were released, and many more were able to be created and developed.”

In order to reflect on the performance of the screen sector in 2020 it is important to consider the content that was released across all platforms and resonated with local audiences.

The latest Drama Report found that expenditure in 2019/20 on drama production in Australia still reached $991 million, though down 18% on the previous year’s spend. The fall was largely due to the effects of the COVID-19 pandemic and the near total shutdown of drama production in March 2020.

Screen Australia directly injected over $73 million into the screen sector in 2019/20. This included $41 million for the production of narrative content for television drama, features, children’s television, and online productions, $15 million to the documentary sector and more than $5.6 million to the development and production of Indigenous content and special initiatives (refer appendix 3). An additional $195.92 million was provided by the Federal Government through the Producer Offset tax incentive administered by Screen Australia.

Since COVID-19 first reached Australia, Screen Australia has provided over $8.6 million in funding to projects that have been impacted and needed help to start again and be COVID-safe.

The agency continues to administer the $50 million Temporary Interruption Fund (TIF) announced by the Federal Government in June 2020. This Fund has been a vital piece of the complex screen financing landscape and crucial in assisting some 35 projects as at January 2020 to go into physical production.

“While 2021 will continue to challenge the sector as we all work within the new normal, I’m buoyed by the breadth of local content releasing over the next 12 months. It is great to start the year with the success of feature film The Dry which has already taken over $10 million at the local box office, demonstrating the value local audiences place on seeing Australian stories on the big screen.”

“2021 is on track to be a very strong year for local productions and a good one for the release of Australian stories. It is extraordinary how productions have adapted their schedules and plans to ensure they can film in a controlled COVID-safe way and I’m particularly impressed at the volume of television titles that were able to wrap filming before the end of last year.”

“The generous incentives from the Federal Government to attract in-bound big budget productions coupled with Australia’s success at controlling the virus has also made Australia an even more attractive filming location, which is creating good current opportunities and also long-term potential.”

Following in The Dry’s footsteps are an impressive line-up of features scheduled to release in 2021 including Penguin Bloom (21 Jan), High Ground (28 Jan) and Long Story Short (11 Feb). Other films set for a 2021 release include Leah Purcell’s The Drover’s Wife: The Legend of Molly Johnson, I Met a Girl and political thriller Lone Wolf.