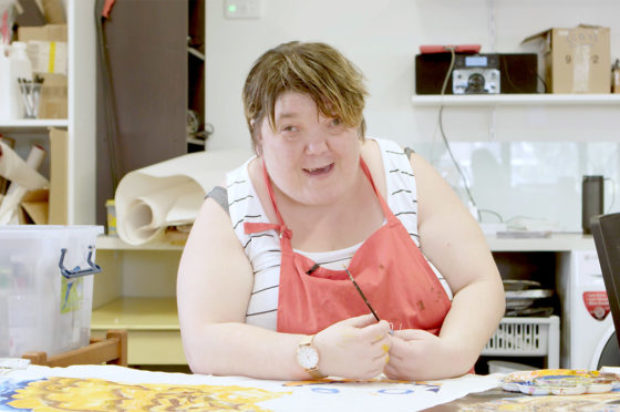 Four short-form documentary projects have received funding through the ABC and Screen Australia’s Art Bites initiative. In its third year, the initiative empowers creators to produce a 6 x 5 minute documentary series for ABC iview that contributes to the national conversation around art. The season three recipients have chosen highly distinct topics, from bio-art in Biogenesis, to using art as a means to track down missing persons in The Unmissables.

The successful teams each receive direct investment of $60,000 from Screen Australia and the ABC with state screen agencies providing an additional $30,000 to the selected applicants from their jurisdiction.

In addition to receiving funding, the successful recipients will have their series premiere on the ABC Arts channel on iview in 2019 and earn a broadcasting credit to help further their career.

“Art Bites is an important collaboration between filmmakers, the ABC and Screen Australia,” said Liz Stevens, Head of Documentary at Screen Australia. There are not many chances for emerging filmmakers to practise their craft in Australia with a budget and the strong pathway to audience ABC iview provides. Past recipients of Art Bites funding continue to advance their filmmaking careers after this opportunity, so it’s an absolute pleasure to see this year’s four teams on the same path. The stories they’ll bring to life are about artists from diverse cultural backgrounds that will capture a snap shot of contemporary Australian life.”

Manager of ABC Arts Richard Buckham said, “We’re very excited about presenting to our audience the range of artists and art forms involved in this year’s Art Bites projects. The four new series reflect ideas of ‘diversity’ both in the innovative modes of artistic expression and in the stories of the individual artists that will be told this year. The series also promises to meet the challenge of exploring ABC iview Arts’ theme of ‘Where life and culture collide’ by discovering new connections between art and such areas as science, migration, family, and disability. The ABC greatly values this continuing collaboration with Screen Australia to support the production of quality digital-first content by some very talented emerging filmmakers.”

Against the Grain (Working title) (VIC) from production company Arenamedia and director Santilla Chingaipe. This proposed series will follow six emerging Australian artists from culturally diverse backgrounds as they explore belonging and discuss themes of migration, identity and personal memory. Doco180 season one recipient Santilla Chingaipe (Black As Me) will direct the series with support from Chloe Brugale, Kate Laurie and Robert Connolly of Arenamedia (Acute Misfortune, Balibo) who will produce the project. Film Victoria will provide financial support for this series.
Biogenesis (WA). In this series the creative team will profile a group of ground-breaking artists who push science into new realms and force us to reconsider what we know about the body, nature and the definition of life itself. Multimedia creative Steven Hughes (Top Knot Detective) of Blue Forest Media will direct the series with producer and Doco180 recipient Dominque Pratt (Coming Up For Air). Brendan Hutchens will act as executive producer on the project and Screenwest will provide financial support.
Studio A (NSW), a character driven series surrounding six artists across different disciplines who think and communicate differently to mainstream. For these artists, art has become a tool to connect with the world around them while challenging expectations of what people with an intellectual disability can do. The creative team includes producer Jessica Giacco, director Georgia Quinn and executive producers Yaara Bou Melhem (Saudi Design Queens, Creating a Nation) and Lyn Norfor. Create NSW will provide financial support.
The Unmissables (VIC) from director-writer Madeleine Martiniello (Shore Leave) and production company Film Camp comprising of Samantha Dinning and Philippa Campey. In this series three artists will confront the challenge of creating a work of public portraiture to reignite the search for those who have disappeared. Experienced producer Philippa Campey who co-created films including Bastardy, Galore and Words from the City will act as executive producer on the project alongside Samantha Dinning as producer who received funding through Screen Australia’s Enterprise Program to take a placement with Campey’s company Film Camp. Film Victoria will provide financial support. The team are also developing Martiniello’s feature documentary Palazzo Di Cozzo about furniture magnate Franco Cozzo.