Sculpture by the Sea 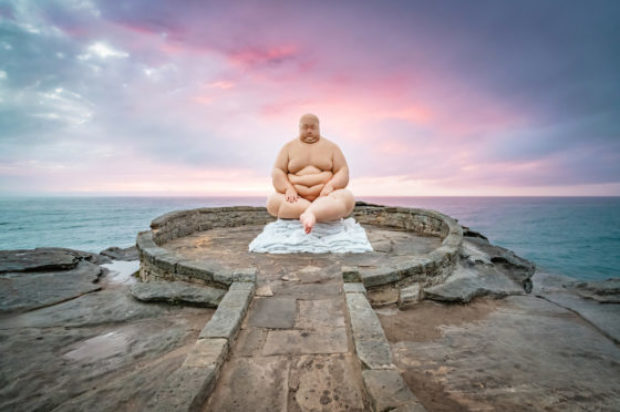 Gillie & Marc Schattner, Come Out, Come Out, Where Ever You Are, Sculpture by the Sea, Bondi 2018. Photo by Gareth Carr

Sculpture by the Sea and Allens today announced Sydney based artist duo Gillie and Marc Schattner as the recipients of the Allens People’s Choice Prize of $5,000 for their sculpture Come Out, Come Out, Where Ever You Are.

The artwork depicts endangered species emerging from storm drains, calling on the world to welcome these species out from hiding, into a place of safety.

Gillie and Marc are public artists and conservationists, who have worked together for over 25 years. They use art as a platform for spreading awareness about conservation internationally. In 2016, they created the Buried Rhino for Sculpture by the Sea, which also received the Allen’s People’s Choice and Kids’ Choice Prize.

Chinese artist Mu Boyan was announced today as the recipient of the Kids’ Choice Prize of $4,000 donated by Rebel Penfold Russell OAM, as voted by the children visting the exhibition for his large fleshy figure sitting at the end of the South Bondi headland, titled Horizon.

Boyan is one of the eight distinguished Central Academy of Fine Arts alumni from Beijing who have showcased their sculptures at this year’s exhibition. Boyan has exhibited previously in the Shanghai Biennale, Chengdu Biennale, Tangley Museum in Basel, Ludwig museum in Koblenz, Paul and Lulu Hilliard University Art Museum, and Gwangju City Museum of Art. This is the first time Boyan has exhibited at Sculpture by the Sea, Bondi.

“It has been a privilege to stage this our 22nd annual exhibition. Thank you to each of the artists and all of our hundreds of thousands of visitors for making the exhibition possible. We ask that finally one or all the three levels of government properly recognise the cultural, tourism and economic benefits from the artists and fund the artists’ reasonable freight costs. It is unfair that 30-50% of the artists lose money, and also have to pay their freight, while helping to create one of Australia’s major free to the public cultural events that generates tens of millions of dollars for the economy from interstate and international tourists. It really isn’t that hard to see what is being achieved here. Yet, only 18% of our budget comes from government sources,” says Founding Director, David Handley AM.
Said Ross Drinnan, Partner at Allens: “We are delighted to be able to present the People’s Choice Prize for a second time to Gillie and Marc in what has been another outstanding exhibition with so many sculptures that visitors loved.”
Said Alice Spigelman AM, Chair of the Board at Sculpture by the Sea: “Thank you to the visitors for participating in this most prestigious and biggest sculpture exhibition in the world that has put Australia centre-stage. Your pride in owning and supporting this show will make a difference to the life and art of the winning artist and in spreading Sculpture by the Sea’s reach even further. “
All award recipients receive a crafted exhibition trophy gifted by long supporting sponsor Dinosaur Designs.