Bille Brown Studio Fashion ladies in black Tim Finn by Caroline Russo | on September 12, 2016 | 0 comments | in Theatre | Like it 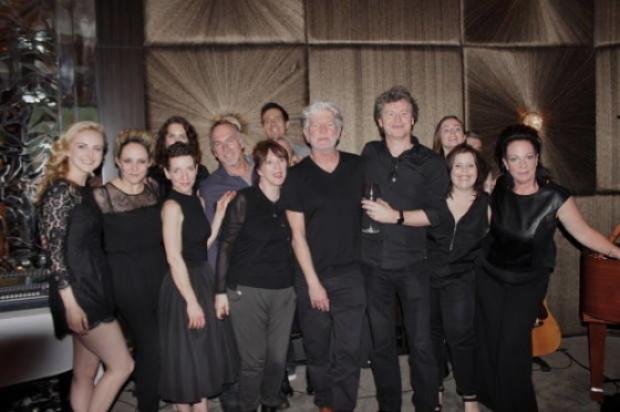 Season 2017 is set to be a landmark year for Queensland Theatre. In the inaugural season of Artistic Director Sam Strong, the company will present nine standout shows, opening with the encore of the smash-hit Helpmann Award-winning Ladies in Black and closing with Joanna Murray-Smith’s fiery adaptation of the Ingmar Bergman classic Scenes from a Marriage starring real-life power couple Marta Dusseldorp and Ben Winspear.

Offstage the company has undergone a transformation, evolving into Queensland Theatre with a new vision from Strong to lead from Queensland. “Queensland Theatre Company was founded nearly 50 years ago. Now, it’s time for the next chapter in our story. The new name and identity reflects our commitment to the health of the state’s whole creative culture; we aim to support it, enliven it and nurture it in any way we can. In short, we aim to lead from Queensland,” he said.

In announcing the 2017 Season, Strong said Queensland Theatre would have a national reach like never before.

“The journey across our nine shows in 2017 is deliberately varied, but unified by our desire to share the very best with Brisbane. Audiences can see urgent new Australian stories, the finest international plays, the hottest next generation of talent and the country’s most outstanding artists,” he said. “Conversely, we’re also taking the best of Brisbane to the rest of the state and country. We will world premiere a show in Cairns, tour 10 Queensland venues, take two shows to Melbourne, two to Sydney, one to Perth and another to Canberra. This is an unprecedented presence around the country for Queensland Theatre.”

Strong also announced Queensland Theatre’s new Associate Artistic Director in Paige Rattray (Switzerland), saying: “I’m thrilled that Paige Rattray will be joining us at Queensland Theatre from 2017. Paige is one of Australia’s most dynamic directors and she will undoubtedly lead her own company in the future. Paige will join our ground-breaking National Artistic Team who will remain part of the artistic leadership, not just of the company, but of the country.”

The season officially opens on January 28 with the encore season of Ladies in Black. This stylish story of fashion, friendship and 1950s Australia won the coveted Helpmann Award for Best New Australian Work and features over 20 original songs written by legendary singer songwriter, Tim Finn OBE (Split Enz, Crowded House) and a stunning range of some 30 custom-designed and created dresses and suits.

From the adaptation of Madeleine St John’s 1993 novel, The Women in Black, this applauded production has been brought to life by Australian screenwriter Carolyn Burns together with Finn and internationally-acclaimed director Simon Phillips (Priscilla Queen of the Desert, The Musical; Love Never Dies) and a stand-out cast.

The Flick, winner of the 2014 Pulitzer Prize for Drama and a play that’s been the talk of New York and London will open at the Cremorne Theatre from February 10. This production, by Melbourne ensemble Red Stitch Actors Theatre, is directed by the acclaimed Nadia Tass (Disgraced) and has been described as an exquisitely observed meditation on love and change.

After sold-out seasons in New York and London, from March 9 next year it’s Queensland’s turn to be delighted and moved by Constellations, a quirky and charming romance by hot young British writer, Nick Payne (who, when Constellations was named Best Play at the 2012 Evening Standard Theatre Awards, became the youngest ever winner). Directed by Kat Henry and starring Lucas Stibbard (Boy Girl Wall) and Jessica Tovey (Wonderland, Home and Away).

In April Artistic Director Sam Strong marks his Queensland Theatre directorial debut with the latest heartfelt work by playwright and former Artistic Director Michael Gow. At once intimate and sweeping, balancing warmth with wrath, Once In Royal David’s City is a life-affirming story about family, loss, purpose, politics, and the endless possibilities of art and stars Queensland stage powerhouse Jason Klarwein (Macbeth).

Described as ‘pure comedy gold’ by The Guardian and ‘a richly detailed tapestry of catastrophe’ by Time Out London, Queensland Theatre’s mid-season production Noises Off is set to bring the house down with laughter. Playwright Michael Frayn’s classic meta-farce has been running all over the world since its 1982 premiere. Now, Artistic Director Sam Strong masterfully marshals an ensemble of the country’s top comics including Simon Burke (Devil’s Playground), Ray Chong Nee (Othello), Libby Munro (Venus in Fur), Hugh Parker (Much Ado about Nothing), Louise Siversen (House Husbands) and Nicki Wendt (Mother and Son). A wickedly funny night is guaranteed.

Brimming with sharp observations on globalisation, power, politics and migration as well as plenty of wicked humour, Rice won Michele Lee the Queensland Premier’s Drama Award 2016-2017, and will be directed by Griffin Theatre’s Helpmann Award-winning director Lee Lewis. The World Premiere season opens at the Bille Brown Studio on June 24.

In July Queensland Theatre will break new ground, staging the World Premiere of My Name is Jimi at the Centre of Contemporary Arts in Cairns before opening it in Brisbane. In this powerful, engaging story by Dimple and Jimi Bani and co-created with Jason Klarwein (who also directs), charismatic actor Jimi Bani (Mabo, The Straits, Redfern Now) tells tales of his island. Four generations of one family will take the stage, as Jimi’s grandmother, mother, son and brothers help share stories of totems, traditions and childhood memories.

Strong said each of the plays in Season 2017 achieves what theatre does best. “Each puts human experience under the microscope. We can see ourselves reeling with chaos in the workplace, enraptured in new romance, navigating the parent-child relationship, celebrating with family and wrestling with a failing marriage,” he said.

1. Touring 10 Queensland venues and world premiering My Name is Jimi in Cairns.

2. Showcasing Queensland artists and their work at 15 interstate theatres in Melbourne, Sydney, Perth and Canberra.

3. Bringing the best of the rest to Queensland, including acclaimed international plays The Flick and Constellations.

4. Creating Queensland exclusives such as Marta Dusseldorp and Ben Winspear in Scenes from a Marriage and Nakkiah Lui’s directorial debut with An Octoroon.

5. Bringing audiences the next generation of Aboriginal and Torres Strait Islander talent such as Jimi Bani, Nakkiah Lui and Miranda Tapsell.

6. Creating career pathways by supporting Brisbane independent artist residencies and reviving acclaimed small to medium productions from around the country.

7. Achieving gender parity. Of the 18 writers and directors, nine are female and nine male.

8. A commitment to diverse casting with a third of confirmed actors from diverse backgrounds.

9. Changing the company’s name to Queensland Theatre to reflect its commitment to its whole home state and whole country’s creative culture.