BIG LITTLE LIES DRAMA SERIES FOXTEL by Caroline Russo | on June 19, 2019 | 0 comments | in Entertainment | Like it 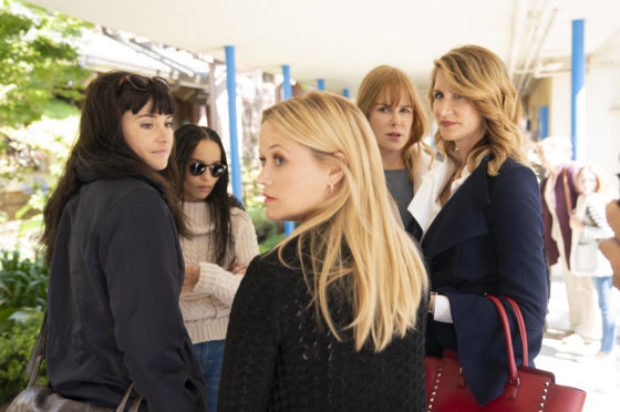 BIG LITTLE LIES, Season 2 GETS READY FOR ANOTHER EXCITING SESSION.

HBO’s smash-hit drama Big Little Lies returns for a seven-episode second season, with Reese Witherspoon, Nicole Kidman, Shailene Woodley, Laura Dern and Zoё Kravitz reprising their roles, and with iconic actress Meryl Streep joining the cast. On the surface, everything seems the same in the seaside town of Monterey, California: mothers continue to dote, husbands support, children are adorable, houses are beautiful. But the night of the school fundraiser changed all that, leaving the community reeling as the “Monterey Five” – Madeline (Witherspoon), Celeste (Kidman), Jane (Woodley), Renata (Dern) and Bonnie (Kravitz) – bond together to pick up the pieces of their shattered lives. Meanwhile, Perry’s grieving mother Mary Louise Wright (Streep) comes to town in search of answers after son’s death. Exploring the malignancy of lies, the durability of friendships, the fragility of marriage and, of course, the vicious ferocity of sound parenting, this year’s Big Little Lies promises plenty of twists and surprises, as relationships fray, loyalties erode, and the potential for emotional and bodily injury still looms.

Episode One: Starts with
“What Have They Done?” –
Following first-day-of-school events, Madeline is worried by Bonnie’s behavior and, later, is shocked when Abigail says she doesn’t want to go to college. Mary Louise, Celeste’s mother-in-law, offers her unvarnished assessment of Madeline’s character. Jane learns from her new coworker, Corey, that she’s known in town as one of the “Monterey Five.”

It building up to be another great session with all star cast. Dont miss it. Foxtel.