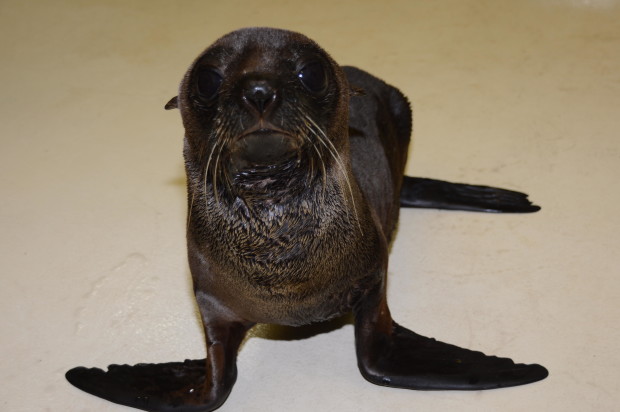 The Sea World team is continuing to care for seven juvenile New Zealand Fur Seals which were rescued after becoming stranded on the Gold Coast.

This has been the busiest weaning season on record for the Sea World Rescue team, who have attended to 13 strandings ranging from Northern New South Wales to Moreton Bay since early June.

Sea World Director of Marine Sciences, Trevor Long said the welfare and wellbeing of the seals is the team’s highest priority and they are receiving around the clock care at the Sea World vet centre.

“We are remaining cautiously optimistic on the rehabilitation efforts of the seven seals here at Sea World which range in age from six months to two-and-half years old and have varying health issues,” he said.

“The seals remain on an antibiotics, fluids and a nutritional program to increase their weight as all of them have come to Sea World severely underweight.

“Some of the seals have settled well into our Veterinary Quarantine Centre and are eating fish and squid which is an encouraging sign, however a few remain in a very poor condition and may not survive given the injuries they have sustained from their strandings.

“These younger seals have just been weaned from their mothers and their inexperience coupled with extreme weather conditions is what we believe has resulted in them being found this far north.

“We are hopeful of returning the seals back to the ocean once they have been rehabilitated and will work with the relevant government agencies on their future.”

Sea World has a long history of working with and rescuing marine animals with the highly trained marine sciences team on call 24 hours every day, 365 days per year should a marine animal need rescuing.