AACTA Awards Film awards shane bourne by Caroline Russo | on January 15, 2014 | 0 comments | in Whats the Buzz | Like it 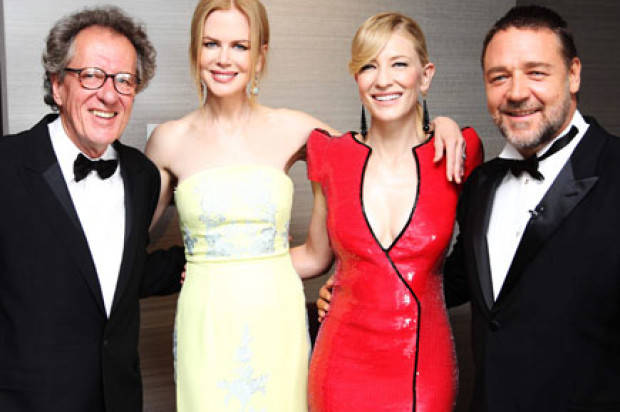 AUSTRALIAN ACADEMY OF CINEMA AND TELEVISION ARTS ANNOUNCES HOST FOR 3RD AACTA AWARDS
Today the Australian Academy of Cinema and Television Arts announced AFI Award winning actor and comedian SHANE BOURNE as the host of the 3rd AACTA Awards Ceremony in Sydney, to be broadcast Thursday January 30th on Network Ten at 8.30pm.
An Australian household name, Shane has garnered fans from his days on radio; through to his dramatic work in MDA and Kokoda Track, as well as for his comedic talents in Thank God You’re Here.
AFI | AACTA CEO, Damian Trewhella, said “We are delighted Shane will host the 3rd AACTA Awards Ceremony. Shane is an AFI Award winner and audience favourite, and a well loved and respected member of the screen industry. We look forward to having him host the event.”
Shane Bourne said of the announcement, “I am really looking forward to being involved in the 3rd AACTA Awards and providing the social lubricant to help ensure a great night for all as we celebrate the year’s achievements in television and film. And if the Official After Party is just a fraction as good as the scenes from The Great Gatsby then we’re in for a night to remember!”
The AACTA Awards are now in their third season and are held in Sydney over two Awards events in the last week of January. Over 1,000 Australian film and television performers and practitioners come together to recognise and celebrate Australian screen excellence at the biggest event on the Australian screen industry’s calendar.
Many of Australia’s favourite stars of the big and small screen have confirmed their attendance including AACTA President Geoffrey Rush and current awards season sensation Cate Blanchett.
Ita Buttrose, Jack Thompson, Jacki Weaver, John Waters, and Rove McManus with his (nominated) wife Tasma Walton will be there, as will Kat Stewart, Claudia Karvan, and Lachy Hulme -­‐ just to name a few.
The AACTA Raymond Longford Award, the highest honour that the Australian Academy can bestow upon an individual, recognising a person who has made a truly outstanding contribution to the enrichment of Australia’s screen culture, will also be presented on the night.
Patrick Brammall, star of Upper Middle Bogan and A Moody Christmas will host the industry’s 3rd AACTA Awards Luncheon presented by Deluxe on Tuesday 28 January. This event presents 22 awards focusing predominately on the talents of those who work behind the camera, including Best Costume Design and Cinematography.