SHANE JACOBSON WILL HOST THE AACTA 2019 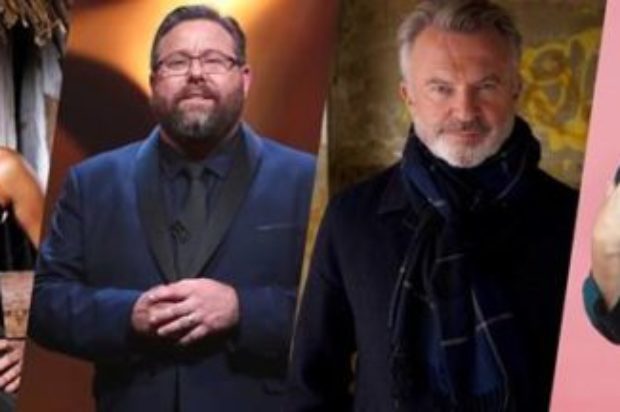 The Australian Academy of Cinema and Television Arts (AACTA) has announced today that Shane Jacobson will host the 2019 AACTA Awards Ceremony presented by Foxtel on Wednesday 4 December.

As one of Australia’s most engaging entertainers with a career spanning film and television, the Network 7 star returns to the stage for the second time to host the Awards. From his AFI Award winning role for Best Lead Actor in KENNY (2006) to his work on television as the host and judge of AACTA Award nominated programs LITTLE BIG SHOTS and AUSTRALIA’S GOT TALENT, to his impressive catalogue of comedic and dramatic film roles, Jacobson is one of Australia’s most versatile performers starring alongside previous Longford Lyell Award recipient and Golden Globe® nominee Bryan Brown in CACTUS (2008); multiple AACTA Award-winning actresses Sarah Snook and Deborah Mailman in ODDBALL (2015) and two-time Oscar® nominee Judy Davis in THE DRESSMAKER (2015). Recently, Shane appeared in Bruce Beresford’s multi-AACTA Award-winning film LADIES IN BLACK (2018) and is set to star opposite previous Longford Lyell recipient and two-time Oscar® nominee, Jacki Weaver in NEVER TOO LATE.

“I absolutely love award shows, I do, and to host a show recognising colleagues and friends who create such incredible work and to be on stage with actors who I’m just a flat out fan of, well what a thrill it is to be part of the AACTA’s this year,’’ said Shane Jacobson.

“We are delighted that Shane Jacobson is hosting this year’s awards and look forward to witnessing his comedic flair that has garnered him national attention,” said AFI | AACTA CEO Damian Trewhella. “We are also thrilled to be acknowledging Sam Neill for his unparalleled contributions to the Australian and global screen industry. It’s been an incredibly impressive year for the Australian industry and we are proud to be hosting such a wealth of talent. From emerging to established practitioners and performers, we look forward to celebrating their impressive achievements at the 2019 AACTA Awards presented by Foxtel.”

Sam Neill will be in attendance to receive Australia’s highest screen accolade – the Longford Lyell Award. The discretionary award will be presented at the ceremony to acknowledge Sam’s outstanding contribution to the enrichment of Australia’s screen culture and remarkable career including three Golden Globe® nominations, two Primetime Emmy Award nominations, and eight AFI | AACTA Award nominations and wins.

Performing exclusively on the AACTA stage is Aria and AACTA Award winner Jessica Mauboy. In October this year, Jessica and Sony Music released her fourth studio album HILDA, which debuted at number one.

Preceding the Ceremony will be the Industry Luncheon held on Monday 2 December. The industry exclusive event celebrating screen craft excellence will be hosted by Australian comedians and previous AACTA Award nominees, Mel Buttle and Matt Okine.

Held at The Star Event Centre in Sydney and telecast on Network 7, tickets are still available to be a part of one of Australia’s most glamorous red-carpet events. To book, visit www.aacta.org/whats-on.

Tickets to the 2019 AACTA Awards presented by Foxtel are open to the public and industry and are on sale now. To book, visit www.aacta.org/whats-on.