Nicole kidman Omaga SHELLEY HARLAND ‘IN THE DARK’ NEW SOUND OF OMEGA LADYMATIC CAMPAIGN by Caroline Russo | on March 29, 2013 | 0 comments | in Hush Hush Gossip | Like it 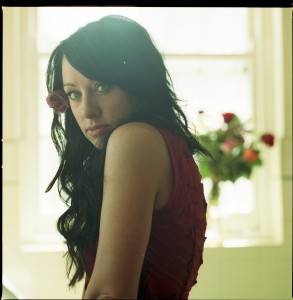 Over the weekend, Australian performer and Alberts artist, Shelley Harland was invited to perform her song ‘In The Dark’ at the opulent launch of Omega’s Ladymatic watches in Vienna. Invited to play before 250 international guests at the Gartenpalais Liechtenstein, her song ‘In The Dark’ has been chosen as the soundtrack to the new Ladymatic commercial which features Omega ambassador Nicole Kidman who attended the event.

You can watch the Omega Ladymatic commercial featuring In The Dark here. Actress Nicole Kidman attended the VIP media event and introduced Shelley, along

with her husband James Harland – Wright on guitar, to perform live on stage. Gartenpalais Liechtenstein

who wore Baylis and Knight

“It was a beautiful evening, so much imagination and creativity had gone into the night,” said Shelley from Vienna, “From being served real silver flaked croutons and divine desserts hanging from branches, standing in front of a solid gold carriage. While ballet dancers led Nicole Kidman down the stairs to stand in front of me, I sang In The Dark. As a singer, it was a dream to sing in a palace in Vienna with such amazing natural reverb. It was a magical night that I will never forget.”

Omega conducted a live tweet during Saturday’s event with the multi-media world- wide campaign expected to begin in May.